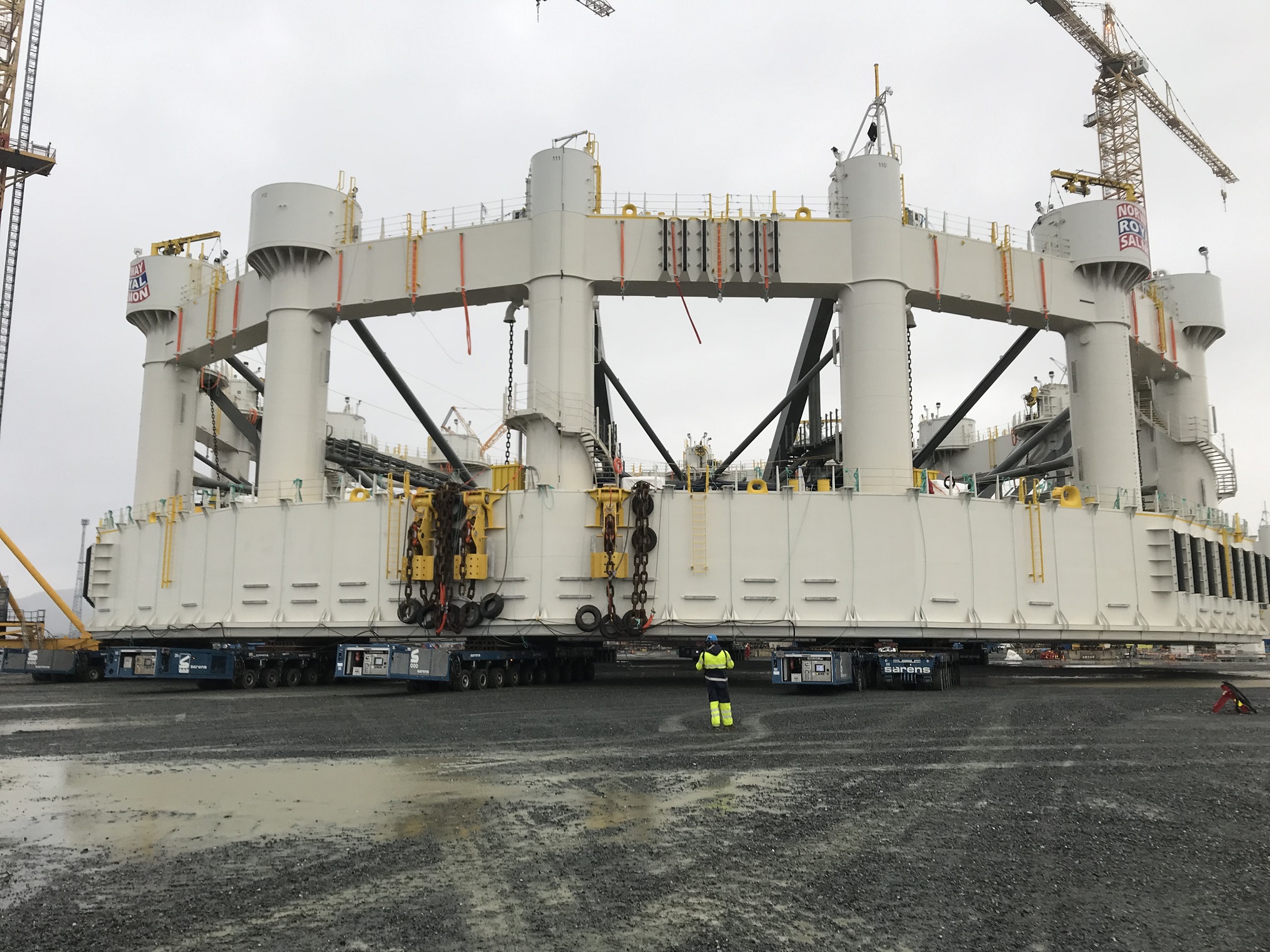 Through innovation and a willingness to invest in the remote weather-exposed areas in northern Norway, NRS has developed the technology for sustainable salm­on farming. This will enable the use of more weath­er-exposed locations than is possible with the currently available technologies. To enable this initiative large fish cages are designed to operate in remote, exposed areas and can withstand a wave height of up to 13 meter. The NRS Arctic Offshore Farming facility will consist of 2 cages, each cage having a diameter of 80 meter in diameter and 22 meter high. Together, the 2 cages will hold 1.2 million salmon.

The cage was built in half-rings in Germany and transported to Verdal and Sarens was awarded the contract for load-in of 4 half-rings from the incoming barges from Germany and load-out of 2 complete fish-farms. Each half ring weighed around 1800T. Load-in was conducted on 4 trains of Kamag K24 SPMT’s, to­tal of 56 axles lines. Each complete fish-farm had a dry weight of 3820T and was loaded out on 12 trains of SPMT’s with a total of 120 axles lines SPMT’s.

The 4 load-ins were performed this spring and summer. First load out was executed this past September and the second cage was loaded-out in October under sub-ze­ro temperatures. Load-out was performed on two barges connected side-by-side due to the enormous width of the cage after which the barge left the quay to submerge in deeper water to its final destination.

According to the Sarens Project Manager, Tor Arne Nass, “The biggest challenge with load-out was the harsh and cold weather in Norway and also the limited daylight later during the year. But everything was performed as planned and the fish farm cages were successfully installed”.