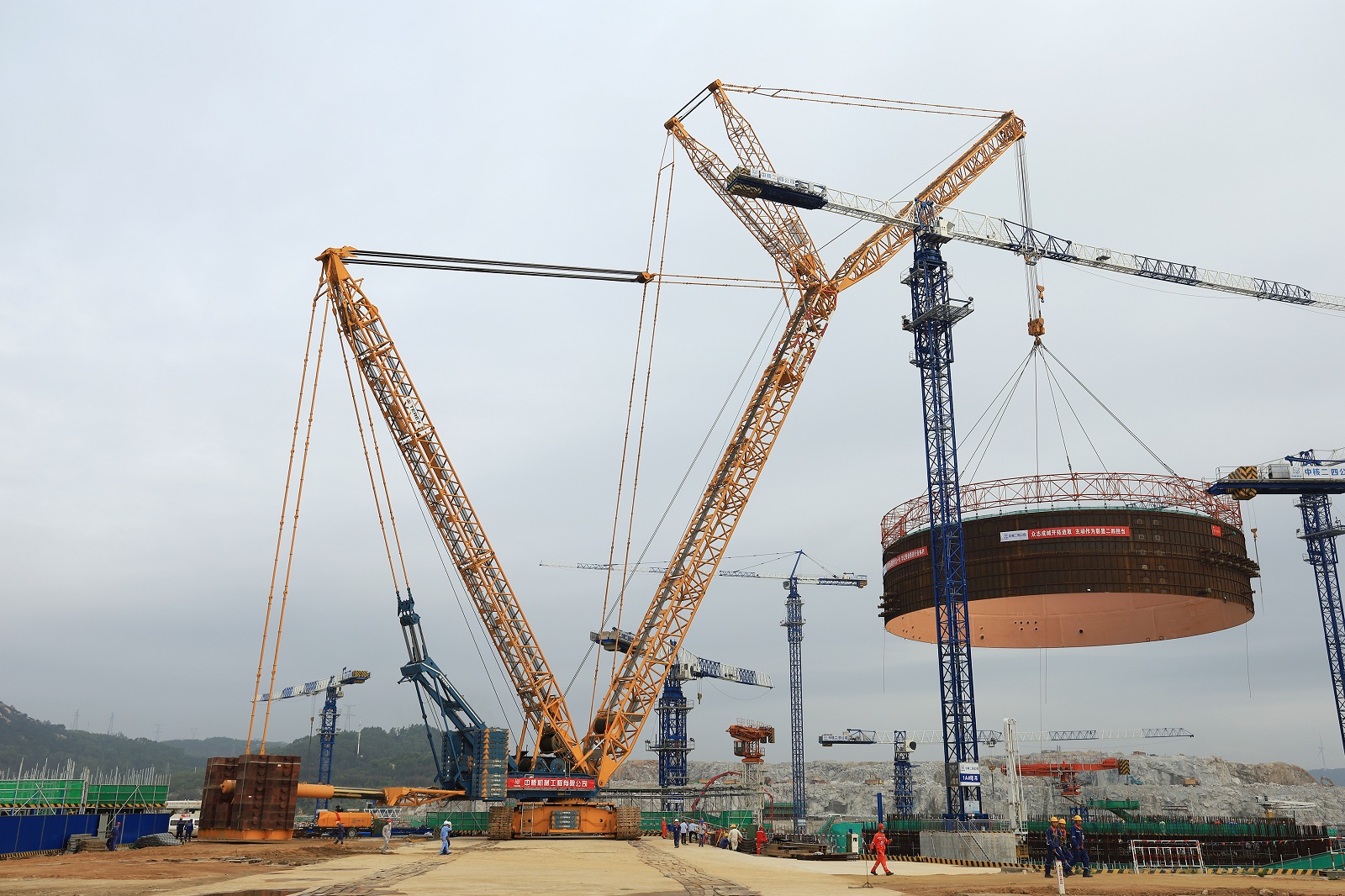 When the China National Nuclear Corporation (CNNC) needed a main crane for installation work at the Zhangzhou Nuclear Power Plant in Fujian, they chose the Sarens CC8800-1 crane. It was the first time the CC8800-1 was used for a Chinese nuclear project, where nuclear power construction projects must adhere to the highest standards. It was also the beginning of evolving Covid-19 developments, which have demanded an increased commitment to the health and safety of all who are a part of this project.

The CC8800-1 proved to be an ideal choice because CNNC required a large crane that could lift over 1.600 tonnes, travel longer distances (74 metres) with the load, and have a large working radius (more than 180 tonnes at 82 metres lift). The CC8800-1 has more than 24.000 tonnes load moment, an excellent capacity at a larger radius, and is a very flexible crane, especially with the SL ballast adjustment of 25-30 metres.

The CC8800-1 was transported from another job site in Tianjin in December of 2019, taking about six weeks to be dismantled, transported, and assembled on site in Zhangzhou. The crane has now been on site since January of 2020 and will remain there through the end of the year, where it will be installing steel liner modules on the nuclear island.

The crew there has recently finished installing the second module, using the CC8800-1 to slew more than 270 degrees and travel 74 metres with the load. The module weighed 180 tonnes with a 10-metre height, 47-metre diameter, and 82-metre radius. The operations team, mechanic, and site manager had to account for all the conditions and challenges inherent in the operation, including a very large windward area for the module and two tower cranes that had to be crossed above the module.

“The lift fully reflects the ability of our operation team and the superior performance of the CC8800-1 crane,” said project manager Zhang Xiaofei.