Sarens Home
»
About
»
News
»
Sarens Canada Division on A Growth Trajectory
Sarens Canada division continues to record success stories in the heavy lift and transport industry in the region.
10
November 2016 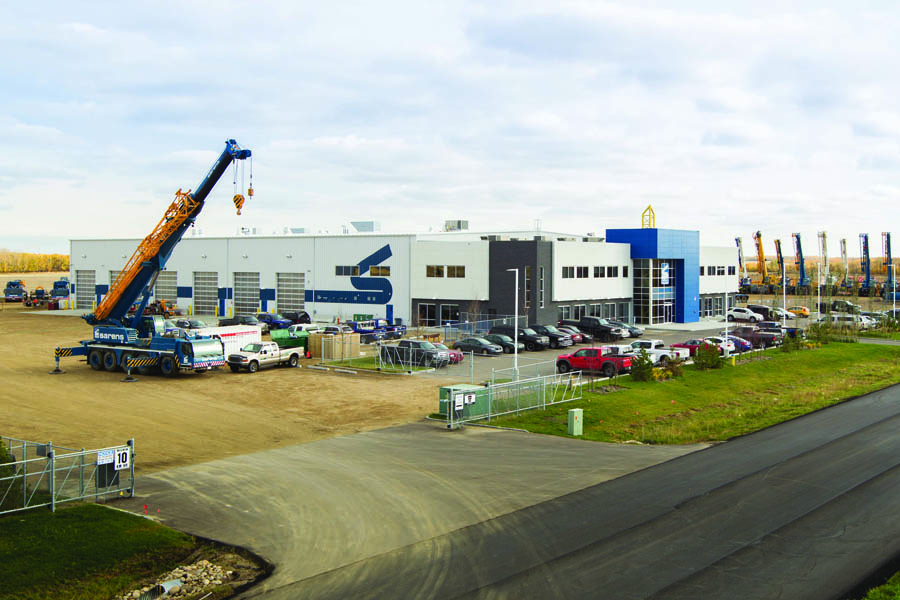 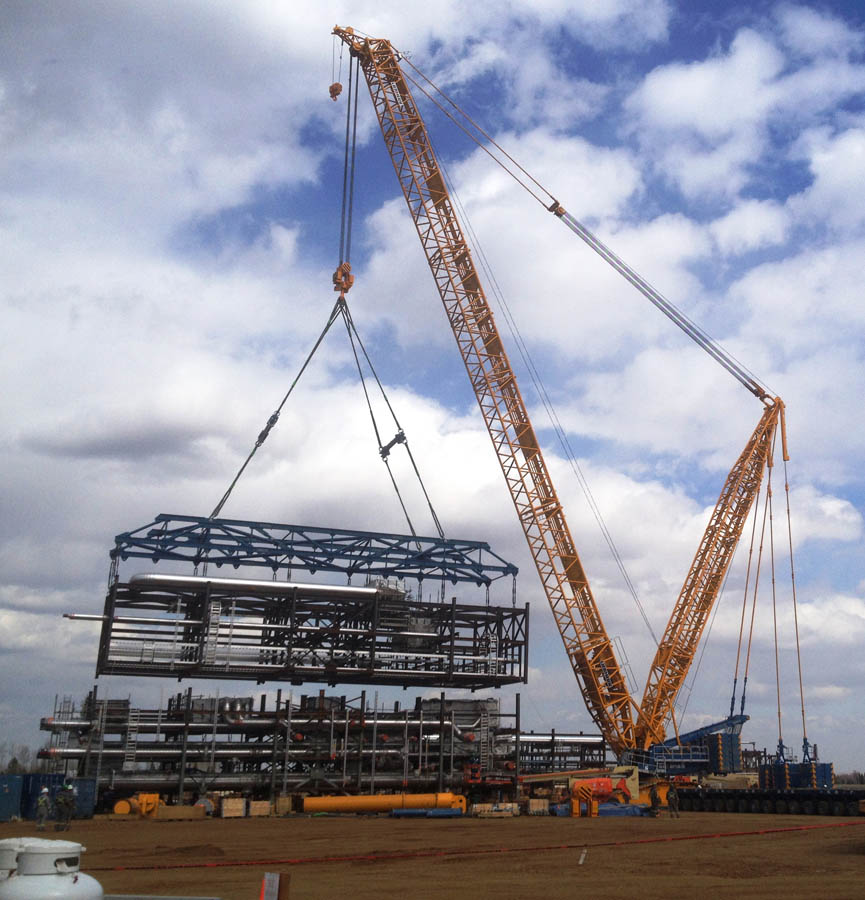 Sarens began operations in Canada in the year 2011. In 2014 Sarens Canada division was operating approximately 30 cranes, 48 lines of SPMT, 130 lines K25 platform and had approximately 90 personnel including office staff.

What started as a small entity has today grown to have a strong presence in the market having  approximately 100 cranes with the largest being a CC6800 1250t crawler along with crawler cranes starting from 130t; the hydraulic cranes range from 10t industrial cranes to 500t LTM1500. On the transportation front there are 120 lines of SPMT and 110 lines of K25 platform trailers available with the Canada division to undertake noteworthy projects in the region.

Currently the division employs 245 personnel comprising of a highly skilled maintenance and service team; engineering team, operations team and sales & marketing team. This summer there were 300 personnel engaged to service the shutdown effort at a customer's site CNRL as well as continue with all other operations. A jack and slide division has been recently added to the workforce in Canada.

Projects were bid and won bringing the large crawlers to the Canadian market. The Canada office undertook renowned projects efficiently to establish themselves as a reputed brand offering reliable, safe, timely, customized and cost effective solutions.

For the CNRL "Horizon Oil Sands Project", Sarens Canada was responsible for the transportation of different process and pump modules to the assembly yard in Alberta, where the modules were lifted and assembled into super-modules. The accurate construction and installation sequence was developed by the Sarens engineering team, in close cooperation with the engineering department of the executing EPC, Technicas Reunidas. The project was carried out in complete adherence to CNRL's high safety standards, resulting in Sarens being awarded the CNRL/TR Safety Flag for scoring 96% on the KPI's that were set, in this way clearly demonstrating Sarens' commitment to safety.

Another distinguished project completed by Sarens Canada was the installation of 38 footings for the New Champlain Bridge over the Saint Lawrence river in Montreal, Quebec, Canada. Each footing was 11 metres by 2 metres (or 9 X 9 X 2 metres) and came with a pier starter, giving the overall assembly a height of up to 14 metres. The weight of a single footing ranged between 600-1000t. Since there were no Canadian vessels that could provide the complex services required for the project, Sarens offered a unique solution by designing and building a special equipment, the Floating Foundation Installer (FFI). The FFI, specifically built for the Champlain Bridge project transported 38 footing and initial pier section combinations from the jetty to their final location at the bottom of the Saint Lawrence River with great precision amidst high current waters.

The transportation division completed the Module and Cooler transport work for Air Liquide to the NWR Project. This involved weighing, loading and transporting over 160 loads, from Edmonton area fabricators and delivering to the North-West Redwater Project. The project was completed on time and without injury.

Additional projects have been bid with the full suite of Sarens services offered and currently on the Fort Hills site we have a full time engineering staff, safety, project management team, heavy lift and small crane operations as well as platform and SPMT's working twenty four hours a day seven days a week to complete the project.

Great impetus was laid on expansion and eventually two module assembly yard contracts were won to expand the ever growing Canadian resume. Canada has the honour to have built a state-of-the-art facility to service maintain, operate, train, recruit and manage the Canadian operations. Sarens is now a full service operation provider in Canada. 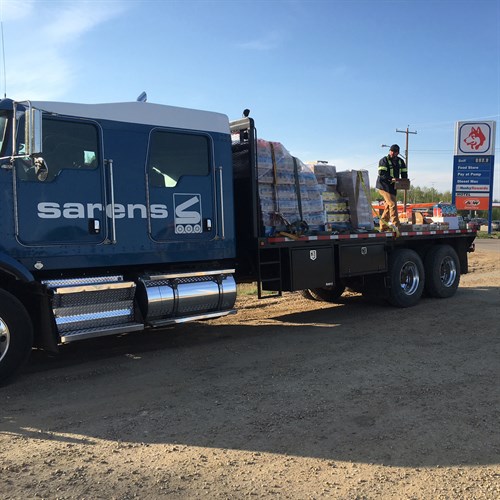 Not only in demonstrating the engineering and operational efficacies, but the Sarens Canada division has also been very active with their social initiatives. As part of the community service, the operations team in Canada provided their support towards the welfare of thousands of stranded residents of Fort McMurray during the biggest wildfire in Albertan history which destroyed approximately 2,400 homes and buildings; displacing more than 90,000 Fort McMurray residents. They provided trucks loaded up with basic food supplies for evacuees.

The Canada team also actively participated in the 1st Annual Easter Seals Woman2Warrior Edmonton organized by Easter Seals Alberta which raised a remarkable $60,000 used for the welfare of the disabled children and adults. As Ken Burke, Country Manager, Sarens Canada rightly puts it, "Teamwork has been the key to Sarens' success in the Canadian market."