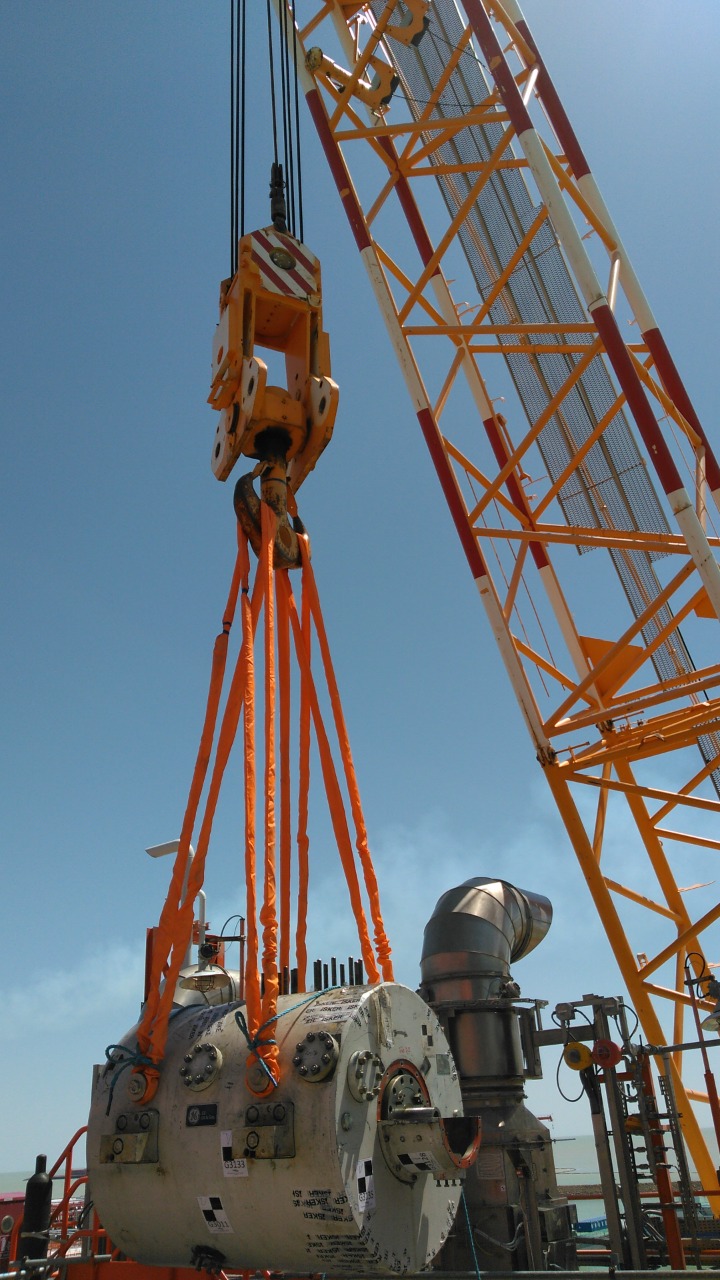 Off the coast of Kashagan Island in the Caspian Sea, a hostile environment awaits those stationed at the North Caspian Project’s offshore oil field. This is Kazakhstan’s first major offshore oil and gas development–and one of the globe’s most punishing natural environments. Here, high sour gas (H2S) content and carbon dioxide (CO2) require stringent safety precautions, requiring all employees to wear 12kg respiratory protection equipment as they work.

Sarens is known for its expertise in even the most inhospitable places, and our crew was undaunted by the punishing conditions as they assisted client ISKER on RGI upgrade work and topside modifications for the North Caspian Project.

Deploying the CC 2500-1 (K2515) and CC 2400-1 (K1413) to the project site, Sarens was ready for action. The cranes were mobilised from Atyrau yard and assembled at Bautino Port before being transferred to the client’s barge for transport to the offshore site–a process that took 20 days.

Then, from the end of March through the end of July 2022, Sarens performed multiple lifts to replace two 33-tonne compressors, 20-tonne spools, rotary pump, and valves weighing 10-15 tonnes. Each lift was performed safely and precisely at a radius of 28 metres and height of 27 metres.

Sarens would like to thank everyone who valiantly braved the challenging natural conditions to make this remarkable operation a success.