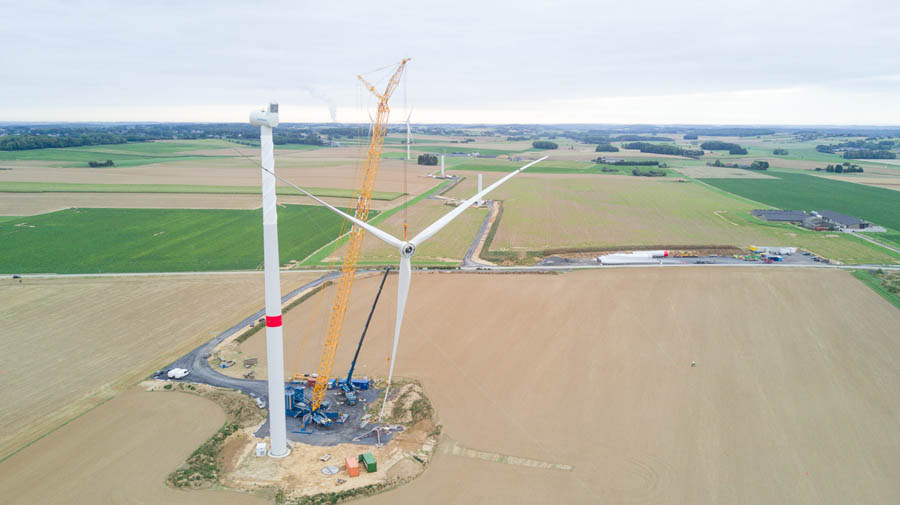 Sarens worked for FairWind AS, the installation company from Denmark, to install six wind turbines on Siemens Gamesa site located in the municipalities of Gesves and Ohey in Belgium.  The six wind turbines are of type Siemens SWT-3.2-113 with a power of 3.2 MW with a total height of 150 meters and rotor diameter of 113m. Once operational, the wind farm will produce the equivalent of the electricity consumption of approximately 12,000 homes in the area.

The equipment was transferred to the site from our yard. There were five transfers in total, three normal transfers between the WTGs and two extended transfers crossing public roads where the crew had to dismount the crane completely. The complete transfer took three 3 days followed by four days to rig the cranes.

The crew lifted the four tower sections, nacelle, and rotor of the turbines to complete the installation. The heaviest section lifted was the nacelle weighing 77T which was lifted at a radius of 22m.

Despite meeting transfer times and standby due to weather conditions, our team took two days per wind turbine to safely complete the installation.