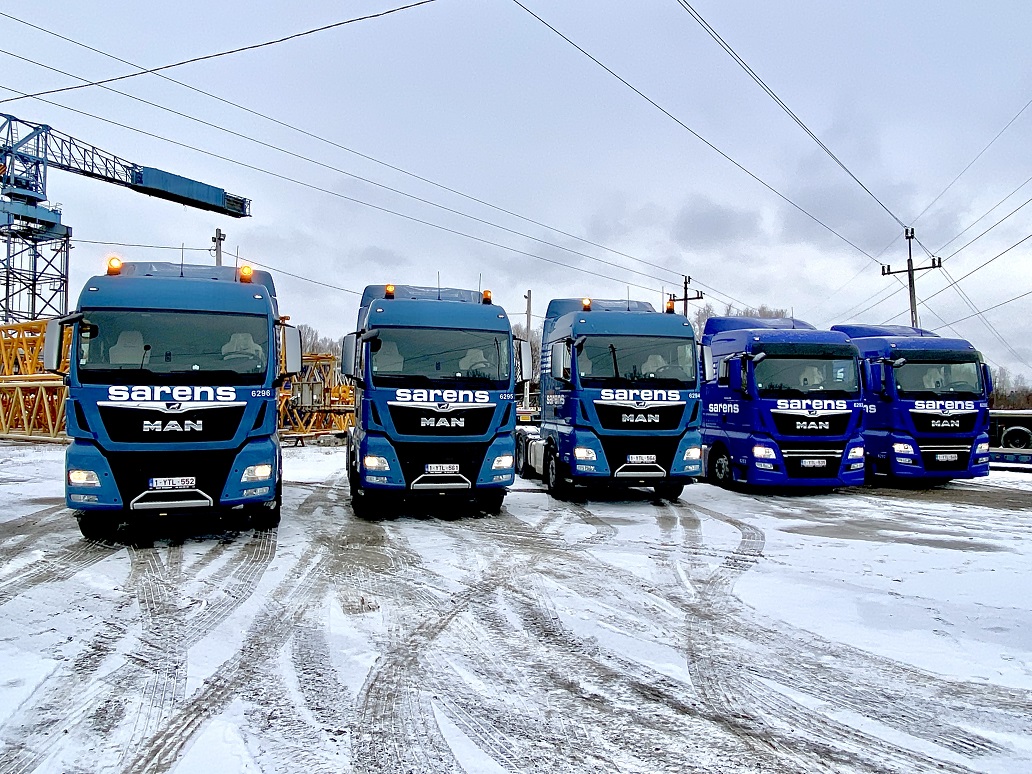 Sarens is proud to announce the addition of five new trucks in its fleet for Eastern Europe and the Scandinavian market. The trucks have been awarded as the “Truck of the Year, 2021” and are currently the best available trucks in the market. The team has added three MAN TGX 6x4 18.540 and two low-deck MAN TGX 18.470 trucks

One of the prominent features of the truck is its new state-of-the-art Engine D3876LF12 (15,2 liter 6 in line cylinder, generating 540HP) which fulfills the new EURO 6d standard. It is equipped with the new GPS cruise control system which allows the driver to make a visible impact on the cost and carbon dioxide emission. The interiors are redesigned to focus on ergonomics and driver comfort.

The MAN trucks are equipped to perform in difficult terrains and harsh conditions which are characteristics of the Scandinavian region including Norway and Sweden.

The five new trucks are currently deployed in our Depot in Sochaczew but they will serve the clients and projects in the entire Eastern Europe and the Scandinavian countries. According to Mariusz Sudol, Regional Director, Eastern and Northern Europe, “We have been experiencing increased demands of the trucks in the region and we had to add new and reliable trucks to our existing fleet. MAN trucks are the best available in the market and will also help us to reduce the maintenance and fuel costs.”