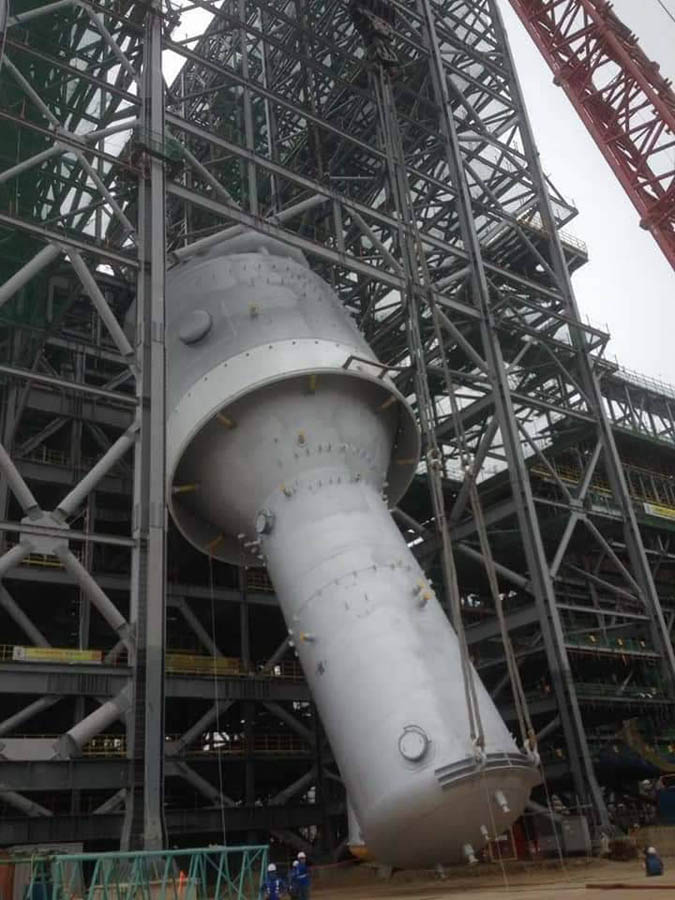 For this project, Sarens designed a completely new lifting gantry system in-house, so that it could be operated from the client's (Daelim & Daewoo E&C), steel structure. The system is designed for multiple heavy equipment lifts at the S-Oil site and consists of:

It can execute multiple steps for the erection of heavy equipment, including:

"This project has established Sarens as a reference for heavy lift operations at refinery sites in Korea, especially for the heaviest regenerator, disengager, and reactor lifts," says project manager Ilseob Shin.

Custom design and assembly on this scale is always challenging, but never impossible, for the team at Sarens. The operation involved a team of thirteen working closely together: two operators, a nine-person rigging crew (six from Sarens, three from the client), one project manager, and one site engineer. Foster Wheeler did the front-end engineering design concept, and the gantry was fabricated locally.

The team had to ensure everything was made exactly to specification and assembly procedures were carefully followed. It then took 30 working days to set up the equipment, which arrived in about 18 containers (both 20' and 40') from Belgium, Malaysia, and the local fabrication site.

Sarens is pleased to have contributed expertise and equipment to make this project possible, and looks forward to S-Oil's successful expansion.