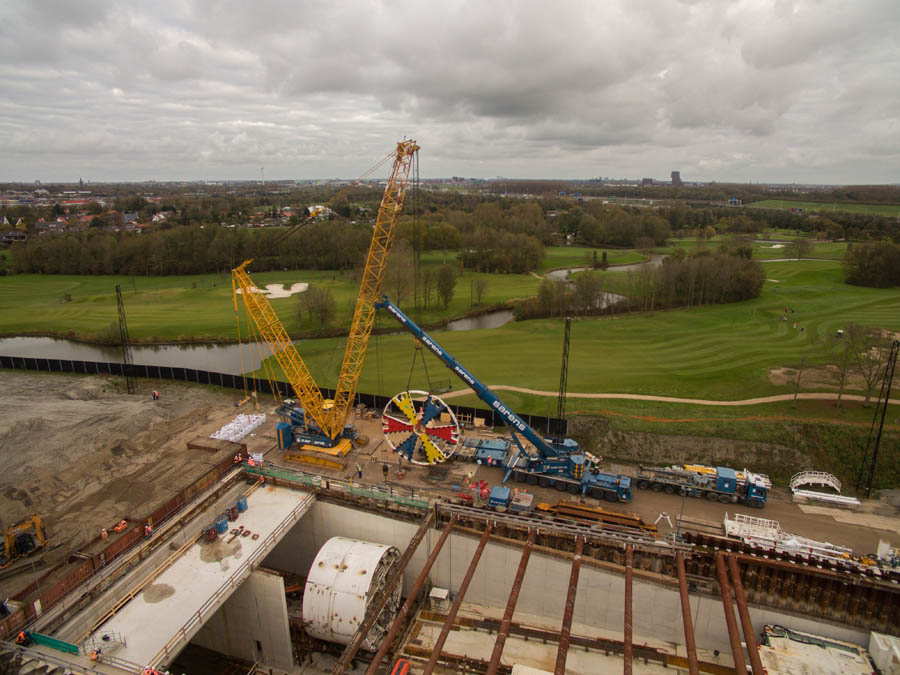 When Sarens helped transport and lift a tunnel boring machine for the Rotterdamsebaan's Victory Boogie Woogie tunnel, crane driver Peter Schot said, "I love to work on projects like the Rotterdamsebaan. You participate in something you're going to use yourself. When I drive through the tunnel with my family, I can proudly say that I worked on it."

The tunnel is being built in The Hague, and the boring machine has an important job: drilling 10-20 metres of tunnel per day, it will carve out two 1.640-metre long tunnel tubes over the next several months.

Sarens worked with client Combinatie Rotterdamsebaan to handle the transport and lift operation for the machine, including the back-up train. To do it, the Sarens team used the following equipment:

The tunnel boring machine measures 80 metres long and has a diameter of just over 11 metres. Transporting it from Germany to the project site at Den Haag required over 50 trailers containing loads up to 130 tonnes and measuring 5.7 metres wide by 4.4 metres high.

Once it was delivered, crews began assembling the machine as well as the crawler crane to be used for the lift. Because the area available for crane operation was limited, Sarens chose to use the LR1350-1 crane in an LDB configuration for its capacity and ability to manoeuvre in the narrow space.

Due to the narrow working conditions, some parts of the tunnel boring machine had to be assembled close to the launching shaft and then transported via SPMTs to the crawler crane for the lift. The crew also used a second mobile crane for the installation of the back-up trailer.

Sarens is proud to have been a part of this project and looks forward to the completion of the tunnel and opening of the roadway. Please watch this time-lapse video of the operation to see how it's all coming together!