Sarens Home
»
About
»
News
»
President Obama speaks in front of Sarens Giant Crane
The SGC-120, a giant crane built by Belgium-based Sarens Group, is currently executing its first job in Chandler, Arizona. During a span of 8 weeks the super heavy lifting crane executes heavy lifting jobs for the construction of an enormous productio
25
July 2012 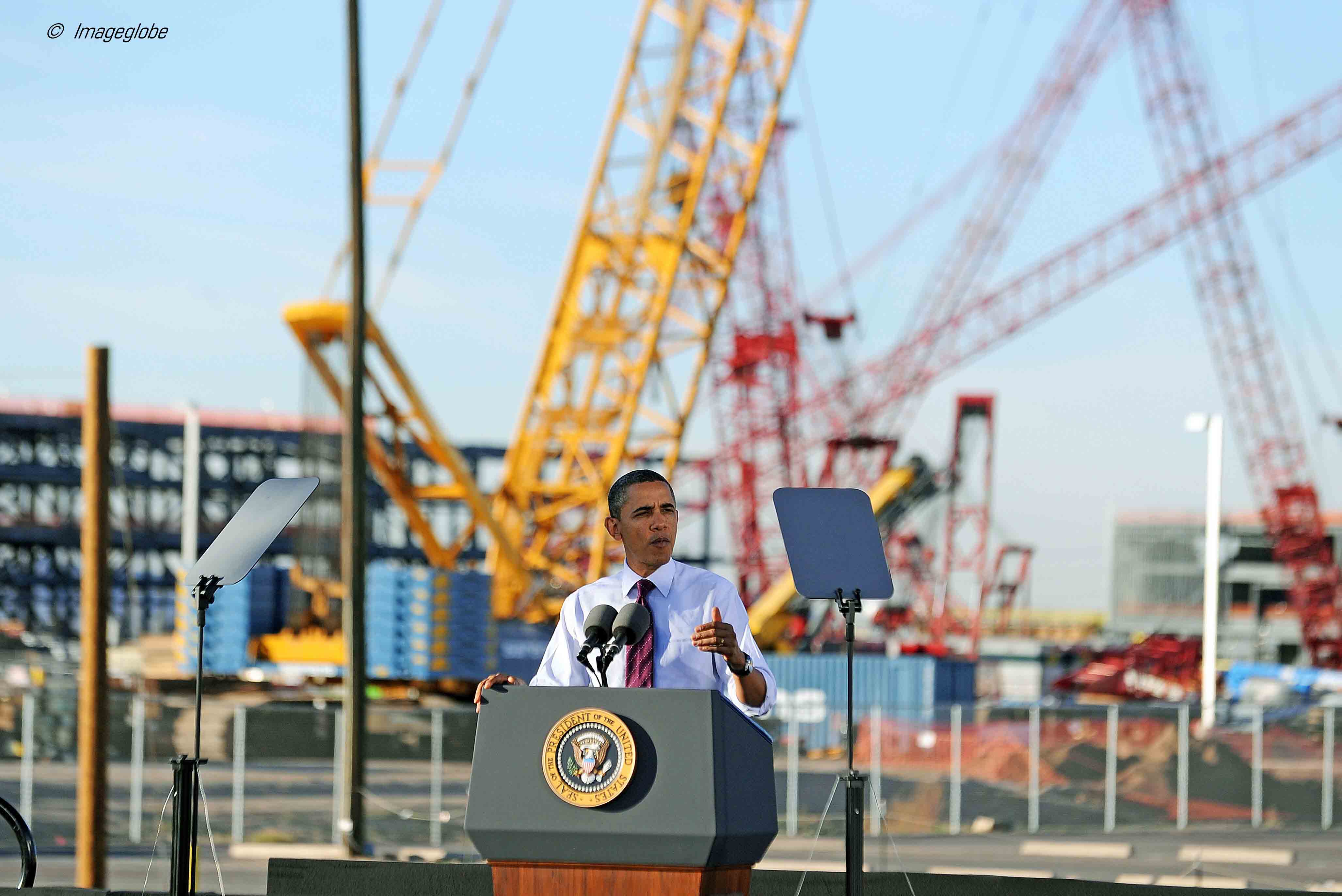 On January 25th, President Obama visited the manufacturing site, one of the largest in the U.S. With the SGC-120 in the background, the President's economic and job creation speech began with: "I'm told that right there is the world's largest land-based crane. I decided I had to check this out for myself because honestly, first of all who wants to miss out on a chance to see the crane? That thing is huge."

For this event the SGC-120 went through a thorough security check. Among other things the containers were examined.