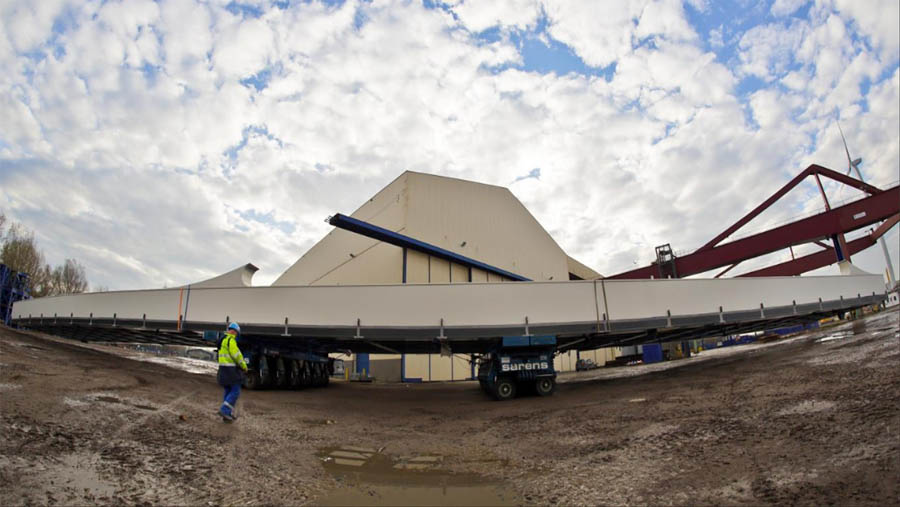 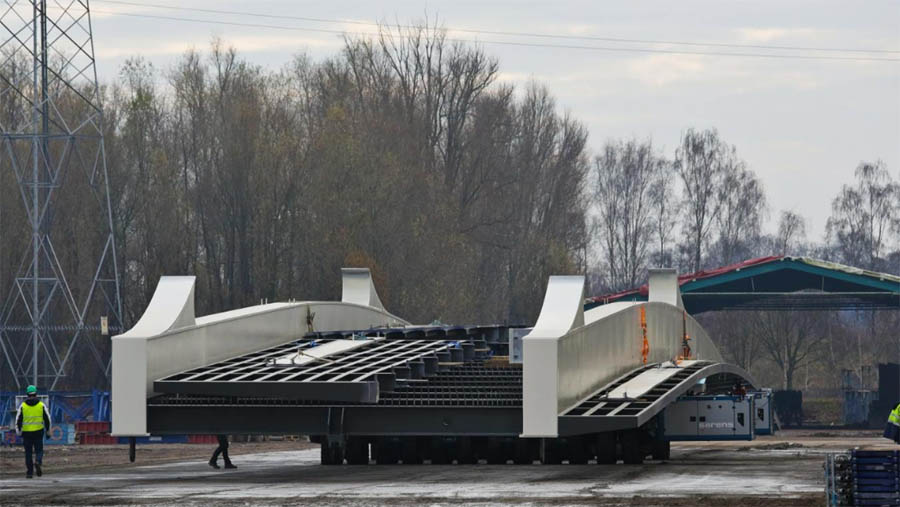 Sarens was awarded the contract of maneuvering the main bridge section of the new Wervick bridge. The new bridge is built as part of the Seine - Escaut project subsidised by the European Union. The objective is to make the waterway between the Seine and the Scheldt accessible to big vessels, loaded with large cargoes. The existing bridge between Wervik and Wervicq-South, connecting France with Belgium, is too low for ships with three layers of containers.

The new section of the bridge was fabricated by Victor Buyck Steel Construction company in their workshop in Ghent along the river Lys. The 70m long and 11m wide section weighs 360T.

The bridge was slowly maneuvered from the workshop to the river side with two of Sarens SPMTs. The load was then rotated at an angle of 180 degrees to align to the direction of the barge floated on the Lys. The bridge was then jacked up, releasing the SPMTs, and skilfully placed on the barge by simultaneously balancing the barge, equalising the pressure of water on the sides. 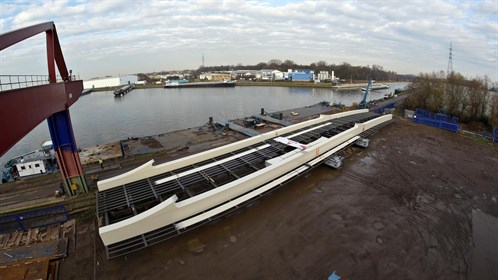 The bridge sailed the Lys for two days to arrive at its destination and is now temporarily placed on a site, upstream of the Menin lock. The dismantling of the old bridge began mid - January. In the coming months, the parts of the bridge will be assembled and welded together. The bridge is estimated to open to traffic by May 2017.