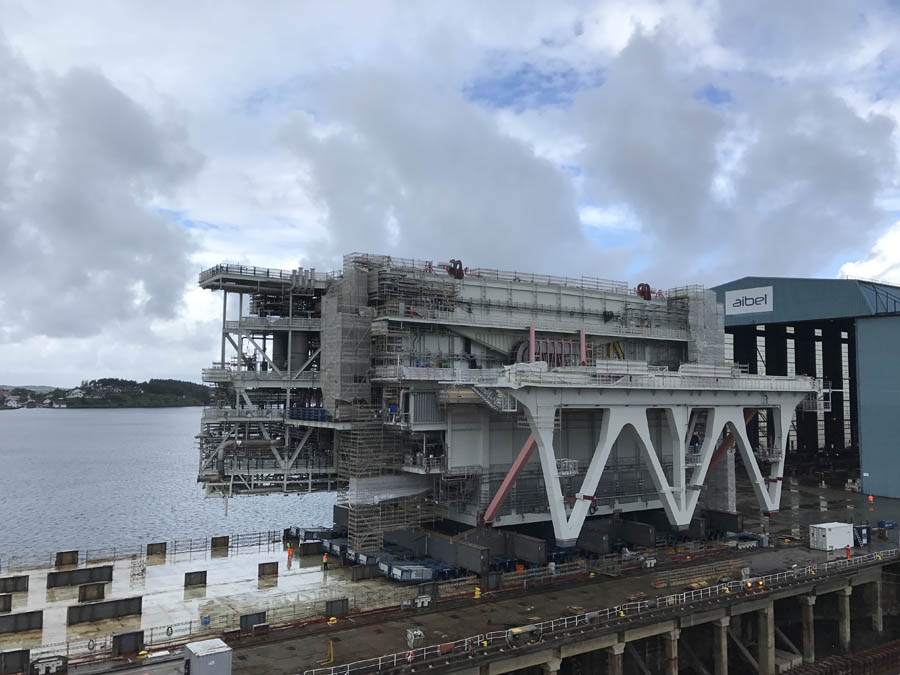 Johan Sverdrup, one of the five largest oil fields of the Norwegian continental shelf, has resources equivalent to 1.9-3.0 billion barrels of oil. In next 50 years it is estimated to be one of the most important industrial projects in Norway and its development and operation will generate revenue and provide jobs for coming generations. Aibel, one of Norway's leading service companies involved in the development of the oil and gas industry in the North Sea, won the NOK 8 billion EPC contract for the deck of the drilling platform on the Johan Sverdrup field.

The platform deck for the drilling platform comprises of three modules. The largest module, the main support frame (MSF), was built at the company's yard in Thailand. The drilling support module (DSM), which is the second largest, was built at the company's yard in Haugesund. The final module, the drilling equipment set (DES), was built in Grimstad. The three modules will be combined at Aible's yard in Haugesund and the finished platform will be handed over to Statoil in the second quarter of 2018.

The equipment was mobilized from Sarens headquarters in Belgium by ship and after 4 days of rigging were ready to perform the operation.

The 86x47x32m module weighing 8000T was moved with 288 axle lines SPMT. Despite heavy rain and only 10 cm clearing while exiting construction hall, our team competently orchestrated the movement of the module and final load-out.

Sarens' Director for Technical Solutions, Projects & Engineering, Sarens Projects, Carl Sarens remarks, "Good work executed by our great team. It is nice to be a part of the load-out at Haugesund and we are looking forward for next load-out at Grimstad. The Project Manager, Tor Arne Naess adds, "Right equipment and good team, gives perfect execution".