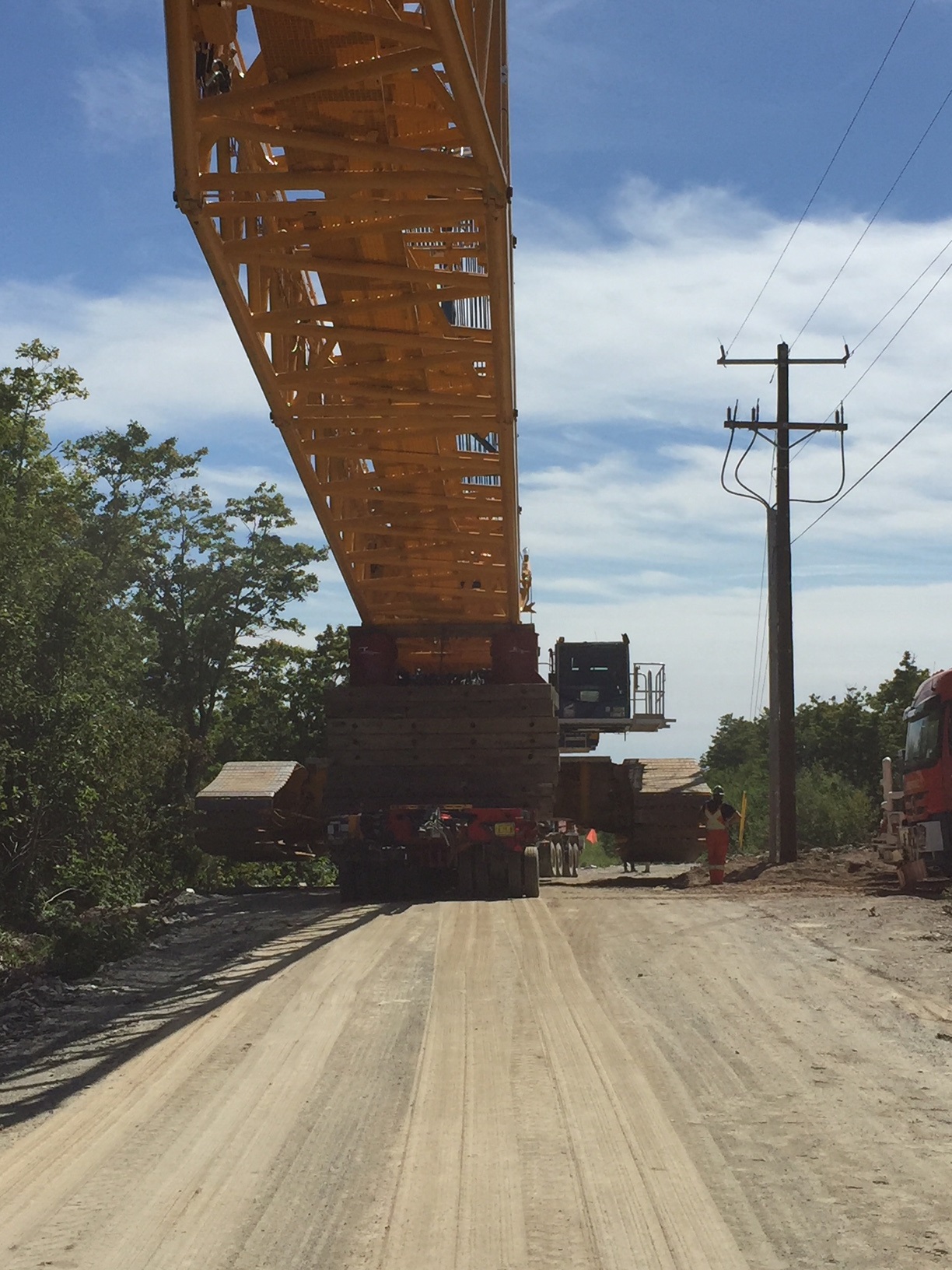 The newly installed turbines soar 117 metres high, completing the 17.25 MW expansion project. The New Brunswick-based expansion project is now fully operational and has resulted in the complete Kent Hills wind facility now generating up to 167 MW for the province.

While Sarens has successfully completed wind farm installations around the world, a lift of this type still requires careful planning and just the right equipment. For this particular project, Sarens deployed the LR1600 crane in a SL4DFB configuration with a 120 metre main boom and a 12 metre fixed jib. It was the most efficient choice for lifting heavy loads, like the 71-tonne nacelle, to 117-metre heights.

Before operations could begin, the LR1600 was transported 800 kilometres from Quebec City via road, a journey that required five days. Assembling the crane for the first lift took an additional three days, as it had been completely stripped to meet weight restrictions.

The crew also had to continuously move and re-assemble the crane once on site, and this required careful planning to account for the narrow roads, steep hills, and strong winds. For example, because of the narrow site roads, the LR1600 had to be partly disassembled and transported to its next lift position on platform trailers.

Project manager Lee Rowe says, "Steep hills and narrow roads made the logistics and bid more complicated, but as we are no strangers to challenges the crew executed the job flawlessly."

Even though space was a challenge, good communication between the owner, Sarens' two-person crew, and an additional rigging crew meant that everything was managed in an orderly fashion. Although the schedule was tight due to necessary crane moves, the project was completed on time and within budget.

"As this is on Canada's eastern coast, the weather can change every minute," Rowe adds. "The crew had one storm coming true but all in all we were lucky with the weather during the project."

Sarens would like to congratulate everyone involved in this successful operation and to thank SkyFlo Consulting and TransAlta for a great collaboration.