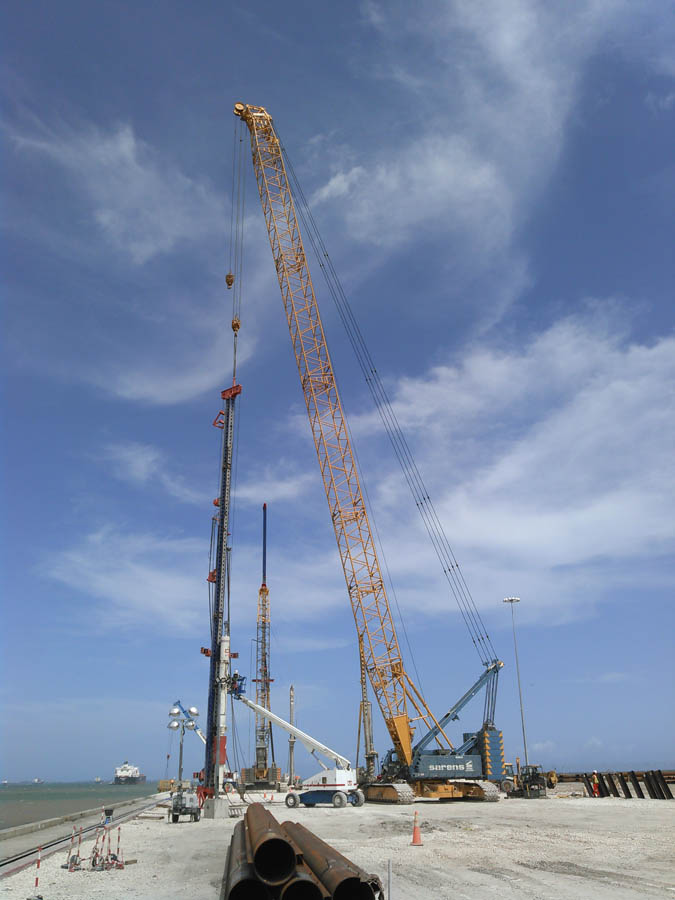 The Port of Kingston sits near the Panama Canal and is crisscrossed by major North/South and East/West sea lanes. Today, under the direction of shipping group CMA CGM, it's undergoing an expansion that will position it as one of the three main container terminals in the Caribbean.

CMA CGM has awarded a $147 million port expansion contract to a joint venture involving Jan de Nul, EMCC, and VINCI Construction Grands Projets (VGP). VGP, in turn, contracted with Sarens to install a hydraulic mat for battage, an operation that will continue through the end of 2017.

Sarens has deployed four cranes to Kingston: three of the Sennebogen 5500 and one CKE 2500. The cranes came from France and Germany and were delivered by boat from Antwerp. It took Sarens two weeks to set up the equipment on site.

The most crucial part of the operation has been adapting the hydraulic mat to the cranes in order to perform the pile driving at the Kingston container terminal, which Sarens has been doing since March of this year and will continue through the end of 2018.

The Sarens team had worked closely with crane manufacturers Sennebogen and Kobelco to prepare technical tests and determine compatibility between the cranes and the hydraulic mat and integral winch.

"We have gained this important project due to our reactivity to answer the question of the customer," says Sarens France business manager Jean-Sébastien Gomila. "The technical difficulty in adapting the hydraulic mat to pile driving with our type of crane. Sarens in France is proud to be with the top world reference VINCI in this adventure in Jamaica."