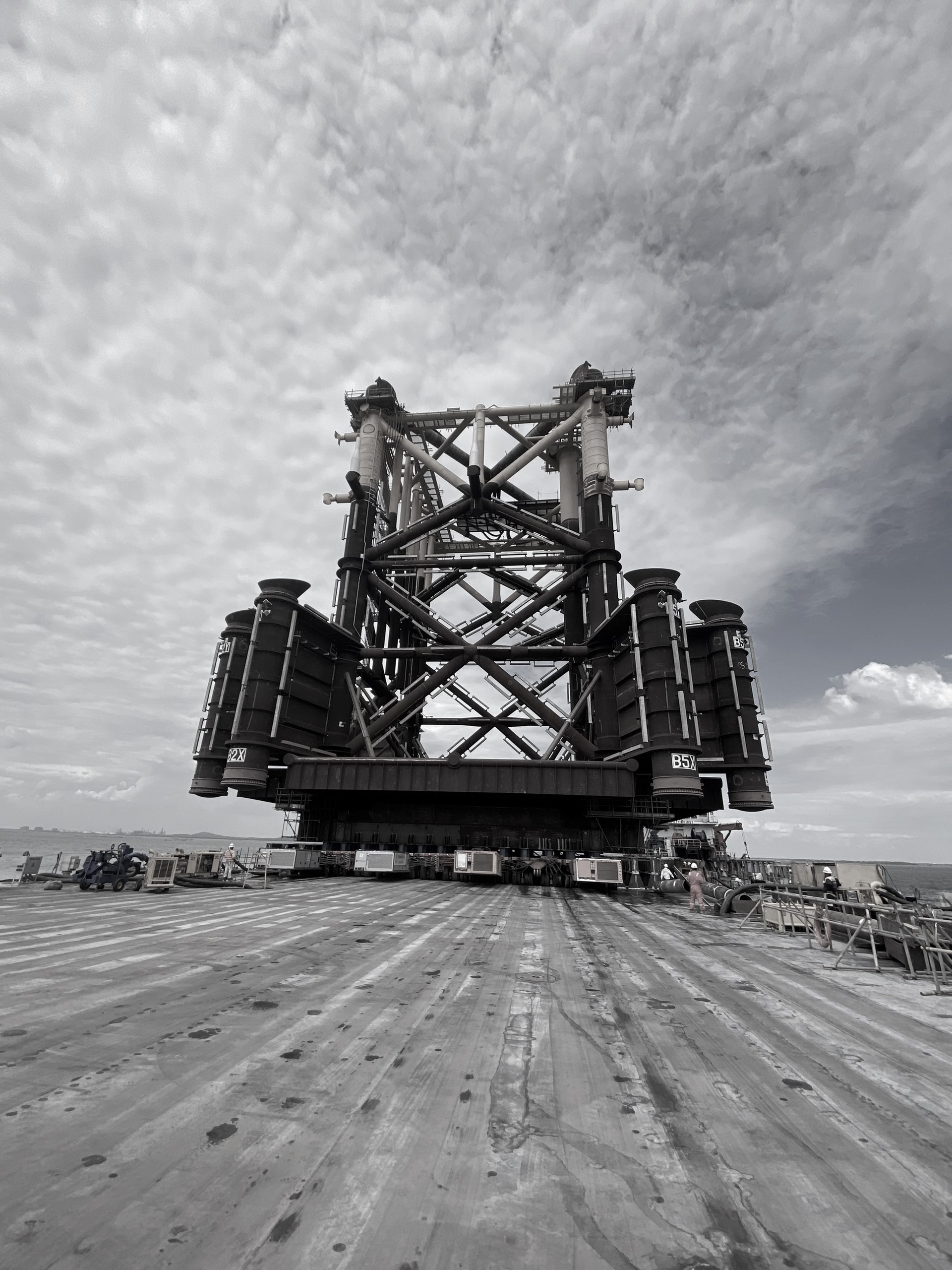 As experts in handling Super Over Dimensional Cargo modules worldwide, Sarens has meticulously moved and loaded-out enormous modules with precision in the past. When one of the heaviest modules had to be moved in PTSC M&C fabrication yard in Vung tau, Bà ria Vietnam, the client called Sarens to provide heavy lift and transport services.

The 4500T LQUP jacket measuring 45mx53m had to be loaded-out on a barge at the PTSC M&C fabrication yard. With over six months of detailed planning and precise ballasting calculations, Sarens assessed that 168 axle-lines and 8 power packs had to be deployed to complete the job. Eight winches and 34 ballast pumps were commissioned with referenced Sarens suppliers who operated under the supervision of Sarens load-out commander.

The equipment was configured in five days and our expert SPMT team of five, along with other support staff, completed the heaviest load-out ever performed by SPMTs in Vietnam in only four hours. According to Robert Suh, Project Manager, "Our specialised crew performed outstandingly during the project and the client appreciated the planning and execution of the project."