Sarens Home
»
About
»
News
»
In a Challenging Project, Sarens Transports and Installs the Parkbrug Bridge in Antwerp
Sarens safely installed Parkbrug in an extremely congested city center with minimum downtime for the local residents and boats.
29
April 2021 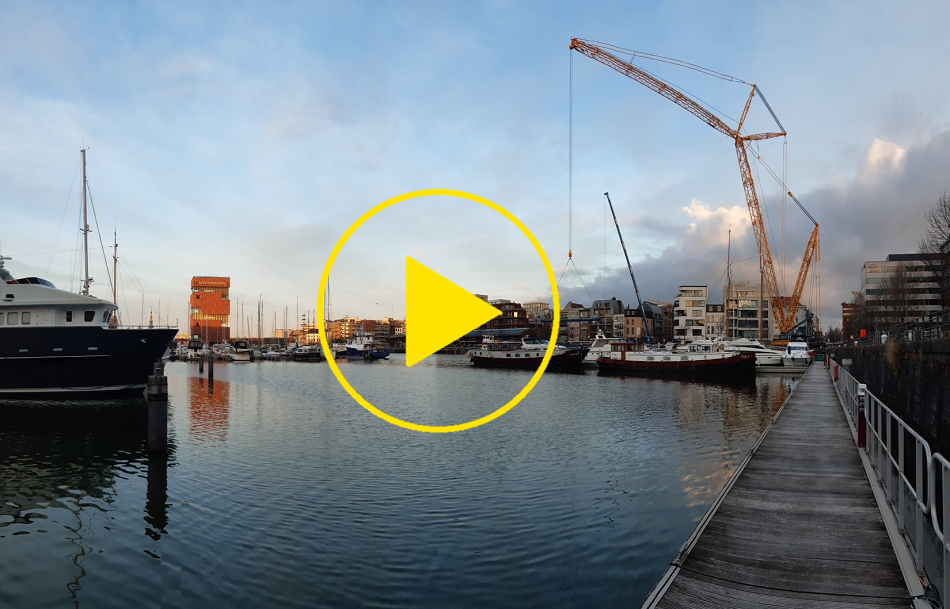 Parkbrug bridge in Antwerp had to be transported from Ghent and installed in the busy city center without causing major disturbance to the traffic, pedestrians, and local residents.

Emergo Emotec called their trusted partner Sarens to execute challenging installation of the bridge. The project was scheduled for May 2020 but got delayed due to the Covid-19 pandemic and finally installed on January 2021.

Sarens’ team had to address some major challenges before starting the project:

Our engineering and operations team performed a detailed study and calculations to devise the best plan for the project execution. The team decided to deploy:

According to the Project Manager, Bram Van Overwalle, “The assembly of the 650T capacity crawler crane in the city center of Antwerp was very exciting.” He adds, “Once the crane body was delivered on site, no truck could enter the site anymore. Therefore, we needed to transport 54 trucks with crane parts, in the opposite manner as compared to a normal assembly.” To explain an opposite assembly further he says, “The first truck arrived with the head section of the luffer. The last trucks brought the body to the job site. We start with the head section of the luffer and build up the crane to the root section of the main boom. Lastly, the body and crawlers are connected.”

The four bridge parts included two long sections and two curved sections. The bridge part weighed between 30-47T and 17-44m in length. With only one hour window for execution the team installed one bridge section per day.

Bram Van Overwalle said, “I would specially like to thank the Engineering department for their precise calculations and project plan, the local transport department for efficient planning of transport, and all the crew members involved during the loading of bridge parts in Ghent and installing the parts in Antwerp.”