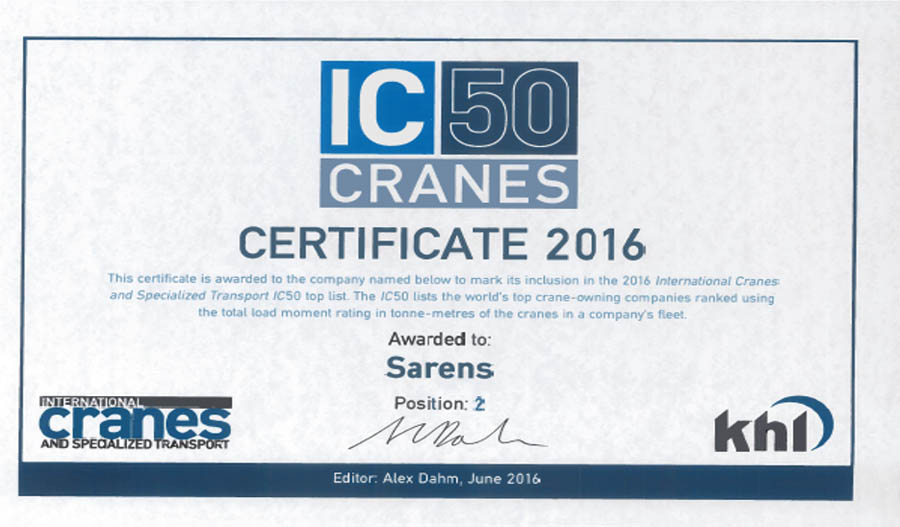 Sarens yet again grabs the 2nd position worldwide in the IC50 rankings, six years in a row. Overall, there were 208 companies participating in the 2016 IC50 ratings evaluations. The year 2016  saw an 11% increase in the IC50 ranking which is an encouraging sign of a healthy industry overall worldwide.

The IC50, now in its 21st year, is the ranking of the world's largest crane companies. It is published once a year in the International Cranes and Specialized Transport Magazine, published by KHL group, the leaders of construction information in the world. The crane-owning companies are ranked by their IC  Index value. This figure is obtained by adding together the maximum load moment rating, in tonne-metres, of all wheeled mobile, crawler and super heavy lift lattice boom cranes in the fleet to enter in the main IC50 listing.

On this note we are also proud to state that, Sarens operates one of the largest worldwide fleets of cranes, ranging from smaller hydraulic cranes to lattice boom cranes with a capacity up to3.200 tons and heavy luffing tower cranes with capacities up to 2.400 metre-ton.