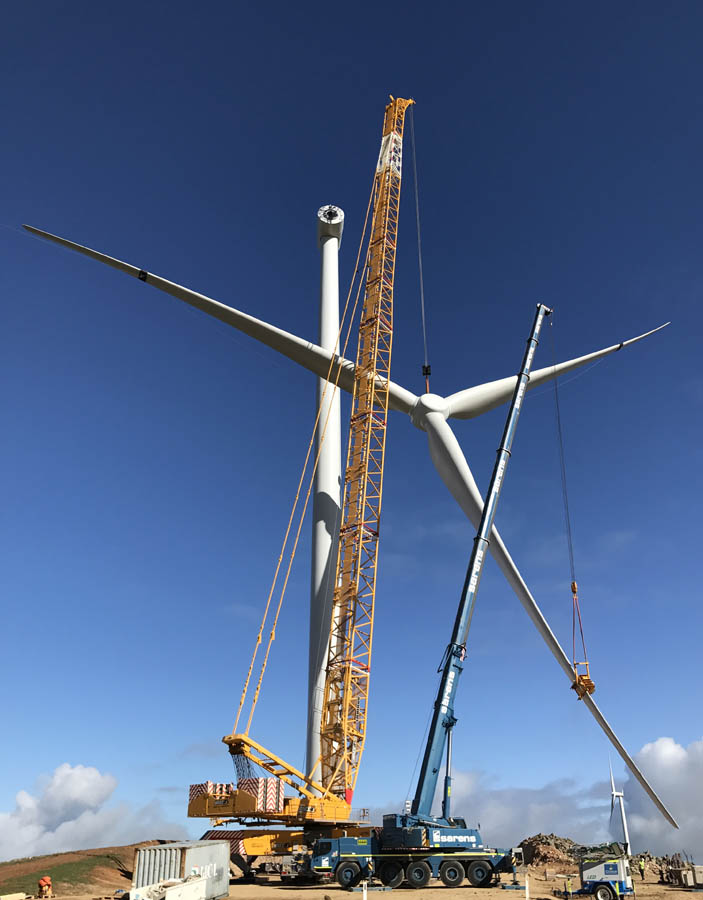 Hornsdale Wind Farm project, having up to 105 wind turbines located between 8km and 24km north of Jamestown in South Australia, in the locality of Hornsdale. To accomplish the installation the following equipments were deployed:

The hub height of the turbines was 92 meters with the heaviest lift the installation of the 78T Nacelle.

Talking to the Project Manager, Tim Devoldere, about the challenges faced, he says, "To reach the required installation rate of 2.5 turbines/week the team performed the main lifting of the turbines during the day and relocated the cranes during the night. This resulted in the a maximum of 5 installed turbines/week, a new record in the installation of wind turbines! The Country Manager for Australia, Luk Roelandts, adds, " I'm proud of our  operations and SHEQ team for completing the challenging project in a timely and safe manner. Both Hornsdale Wind Farm Project Phase 2 and 3 have established the Australian division of Sarens as the reference for the wind industry in the region".