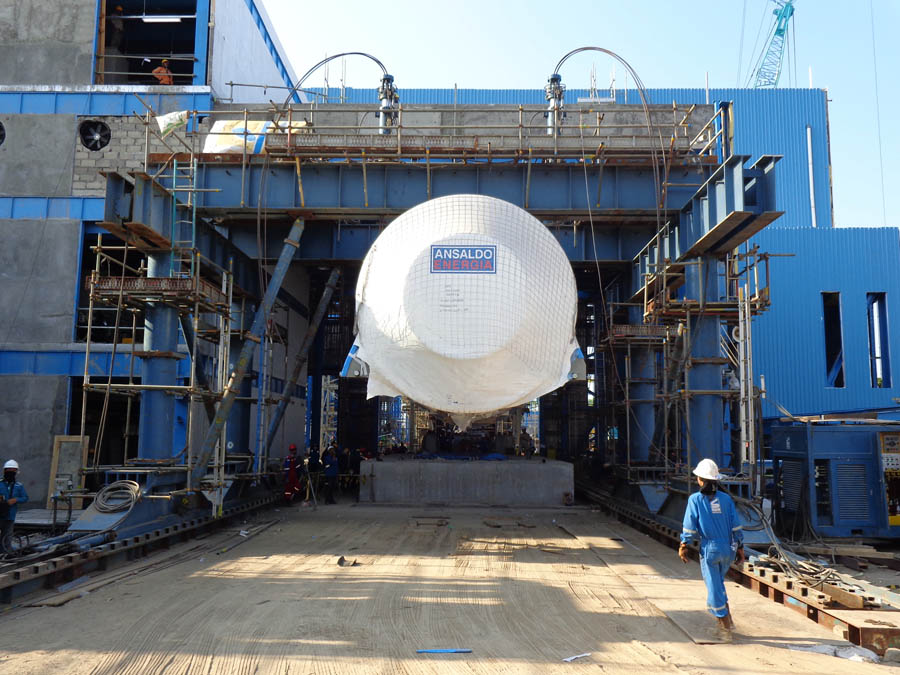 Sarens recently concluded lift operations at the Grati Combined Cycle Power Plant in Indonesia, as part of an extension project for a gas-fired plant just 75km from Surabaya, on East Java Island.

Between June of 2017 and January of 2018, Sarens worked on behalf of client Lotte Engineering & Construction to lift two sets of gas turbines and generators, one steam turbine and generator, and one condenser. These items ranged from 190t to 240t, with up to a 4m height and width and a 10,6m length.

A crew of around nine people, depending on the project phase, worked together to lift, skid to the foundation, and then place each item down onto the foundation. They used the following equipment to achieve this:

The equipment was loaded onto approximately 18 containers and transported by sea freight. It took approximately 1,5 months to arrive from Malaysia to Indonesia, partly because customs clearance in Indonesia can be a long process.

The team had to adapt to several schedule changes based on timelines for equipment delivery, customs clearance, and erection of the power plant. Clients typically expect this type of equipment to be assembled and disassembled quickly in order to free up space, but the team also had to contend with congested storage space on site, as well as limited equipment available for erecting the gantry. Furthermore, initial drawings provided by the client had to be changed during the execution phase, with the support of the Sarens engineering team.

There are few things Sarens project managers, engineers, and crewmembers can't handle, however. As project manager Il Seob Shin explains, "Sarens was able to adapt its equipment to the requirements of the client even with a lot of changes after mobilisation of the equipment. We often had heavy rain happening in the afternoon which affected the operations, but the team completed the lifts safely and on time."