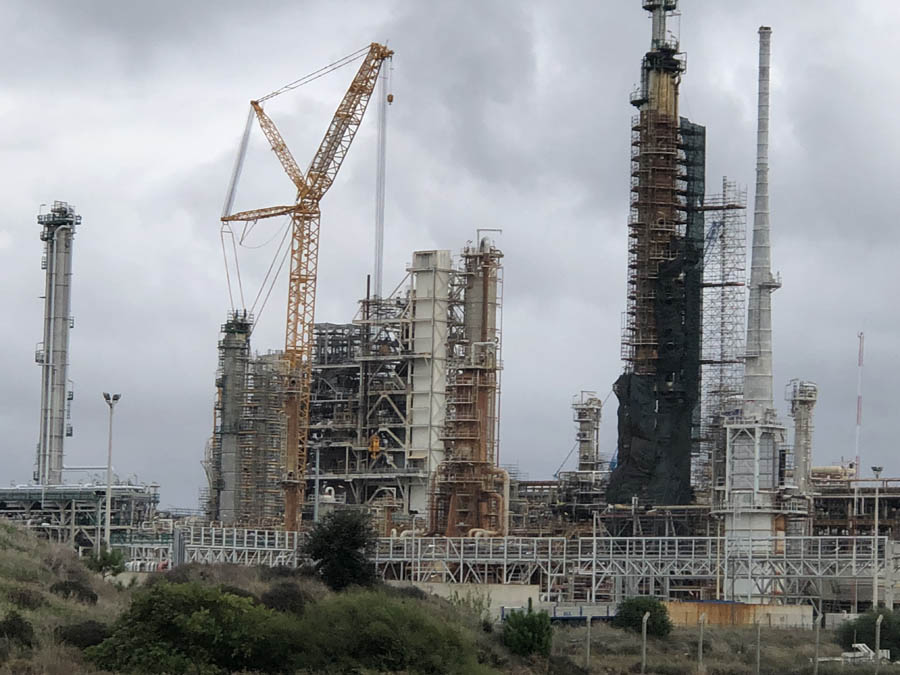 There was a limited room for installing our equipment and was very challenging to bring them inside the refinery. The time schedule was tight as always and the client asked for a crawler crane of a minimum 1000T capacity.

The equipment was transported from the Headquarters by ship followed by trucks in approximately two weeks and was rigged in ten days. It was a challenging task to get the equipment inside the refinery.

The crew replaced the new reactor pieces in the generator and installed a cat cooler. The parts weighed upto 105T and 100m in dimension. They were lifted at a maximum radius of 25.3m. There was a limited time available for lifting during and outage of the refinery. A total number of nine picks were executed at site to complete the operation.