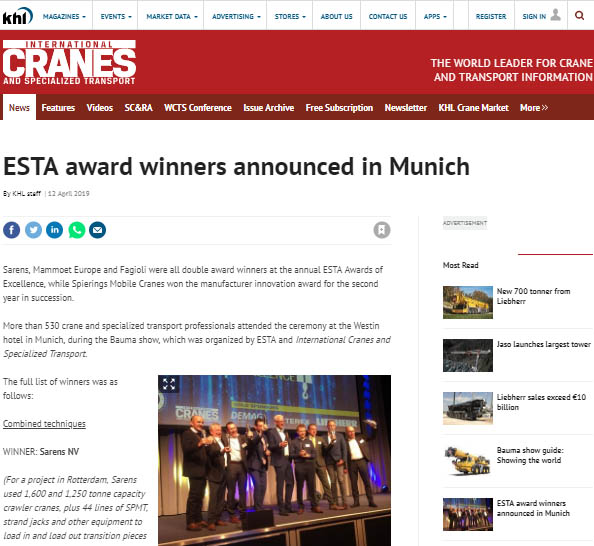 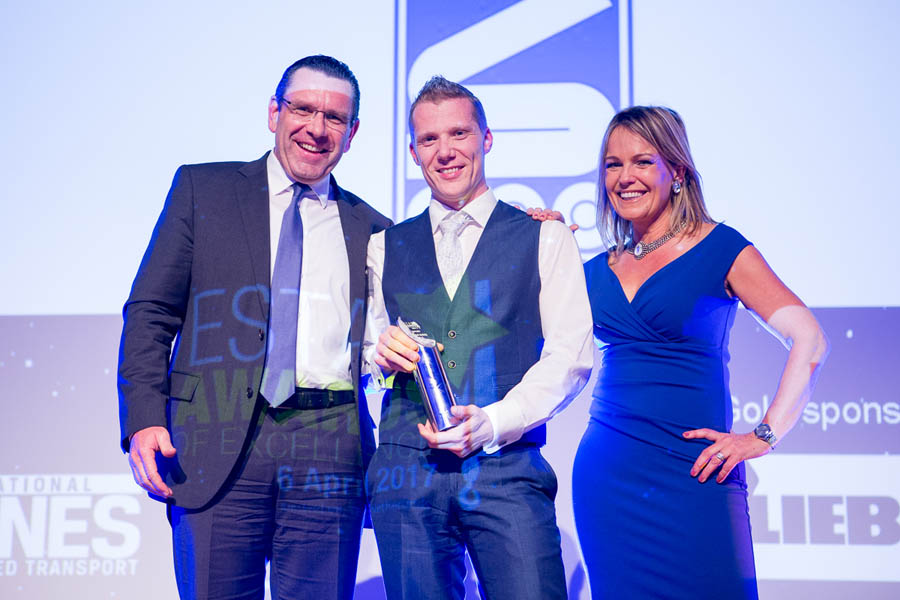 The annual ESTA Awards are regarded as one of the most prestigious awards for heavy haulage, transport and the lifting industry. The 2017 awards evening was organised in April and was attended by approximately 350 industry professionals. The awards are known for their credibility and are overseen by 12 independent jurors who judge several categories in line with their expertise.

Sarens won the SPMT Job of the Year award for moving world's heaviest bridge ever moved on road, the  Railway bridge A1 in Muiderberg, The Netherlands. Sarens transported and installed the 8400T bridge by deploying 244 axle lines SPMT K2400-ST. The bridge was also by far the longest single-span bridge (255m L) moved across a motorway. 122 axle lines were placed on each side and were spaced 220 meters apart.

In addition to this, Sarens was awarded and highly commended for the lattice boom crane category. Sarens was awarded for the Queen Maxima bridge project in Alphen aan den Rijn, The Netherlands. We were contracted to lift the two  bridge parts of the Queen Maxima bridge, weighing 230t and 280t and about 30m high. Sarens arranged the complete door-to-door transport and handling of the bridge parts. Lifting solution was developed in close co-operation with the client. The  and resulted in a 650t crawler crane with superlift attachment positioned on the Sarens twin barge Karel &Victor. The SAR-spin, a hydraulic leveling tool, was integrated in the tackle arrangement to have both bridge parts absolutely levelled during the lifting operations.

Sarens is proud of its achievement and would like to thank all its employees for coming up with novel and customised solutions for clients and undertaking challenging projects in a safe manner. Our every successful project reaffirms our commitment to become the reference in the industry.