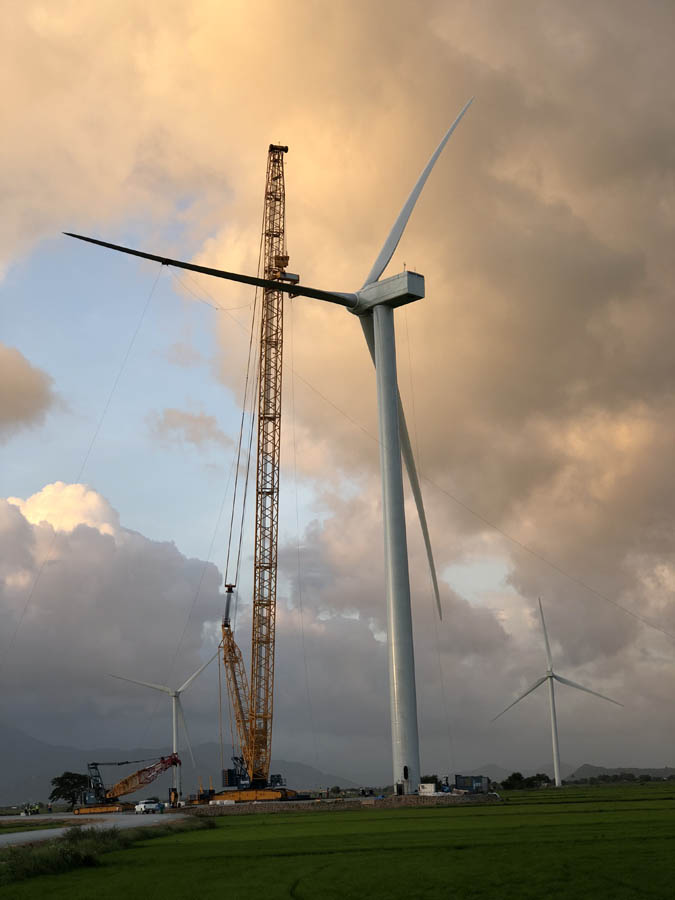 Sarens was commissioned by Siemens Gamesa Renewable Energy to transport and install twelve G114-2.6MW wind turbine generators at the Dam Nai Wind Farm -II in Vietnam. With the second phase added, this wind farm is now the largest of its kind in the Southeast Asian country. The second phase, having a total investment of US$ 60 million, has an average generation of 110 million kWh per year.

Strong winds kick up in this region from around October before which the plant had to be operational. The deadline between the contract's execution and the commissioning of the wind farm was very tight. Our teams were simultaneously facing a challenge of transport option available only during the night for a few hours. To meet the deadline our crew decided to work in two shifts installing two WTG/week.

The equipment was transported by trailers from the storage yard in Vietnam in five days. Three flatbed trailers, 32 axle-lines of SPMT and 2 PPU at site were deployed for relocation. The equipment was carefully and safely assembled in five days as the hardstand was narrow and unlevelled.

Our teams were challenged by heavy rain and strong wind due to which they had to stop the operation in between and then begin installation again to ensure safety. Despite the challenges the installation was successfully competed at a rate of 2WTGs/week. Sarens was awarded and certified for its outstanding performance and lasting contribution of 350,000 safe man-hours without fatality at the Dam Nai wind farm project.