Sarens Home
»
About
»
News
»
Watch The Video: Sarens Performs The Load-Out of The World's Largest Cutter Ladder
Sarens performs the load-out and water transport of the 1717T cutter ladder and 350T spud carrier for Royal IHC in the Netherlands
14
September 2017 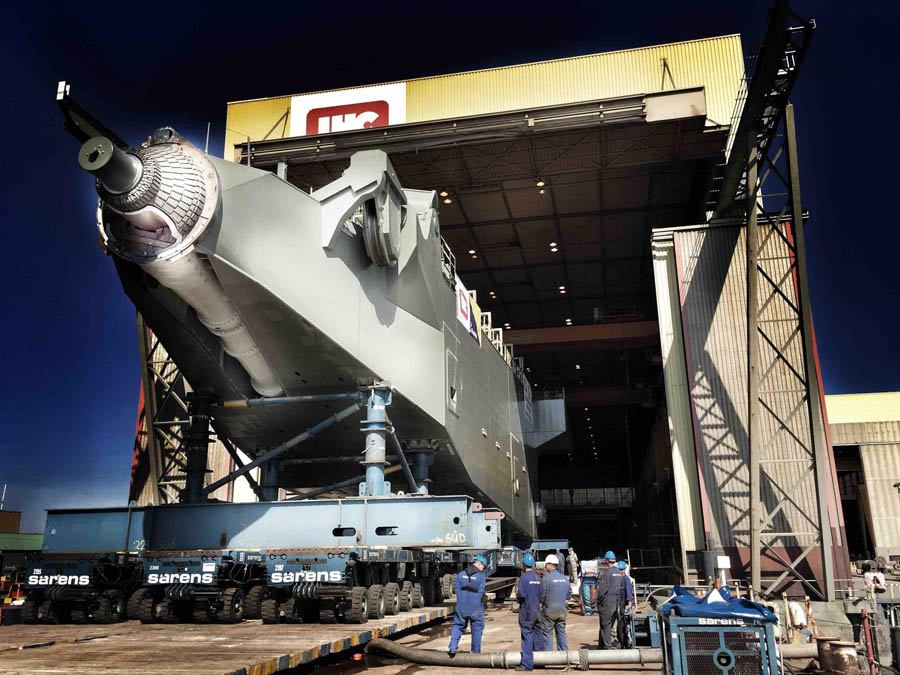 In September 2016, Sarens carried out the load-out and installation of the world's largest cutter ladder. Today, exactly after completing one year of the noteworthy project, we bring to you how were the operations undertaken by our skilled team in this video.

Sarens was contracted by Royal IHC to carry out the load-out and water transport of the world's largest cutter ladder at Sliedrecht in the Netherlands. The sections were transported from Sliedrecht to Kinderdijk. The cutter ladder is part of the Royal Boskalis Westminster's new self-propelled mega cutter dredger Helios. Along with that Sarens was required to perform:

The location of the construction yard from where the cutter ladder was transported, was at a slipway of 3˚. Our engineering and operations team analysed the challenge and accordingly planned the transport. The bridge just in front of the yard was narrow and to cross it safely the maximum barge width was finalised at 29m. A tidal load-out was carried out. The barge height was raised by a track of 40cm on top of the barge to allow smooth load-out and transport. The entire operation took place in a well-controlled and organised manner. Willem Ditmer, project manager, says, " The biggest challenge was to overarch the gap between the two stools of the customer at a height of 3.5m on a slipway of 3˚. Our fifteen member crew efficiently handled the task and successfully performed the load-out of one of the world's largest cutter  ladder."

To carry out the entire operation Sarens team deployed:

The Helios was finally competed and handed over to the end client, Boskalis, in June 2017.