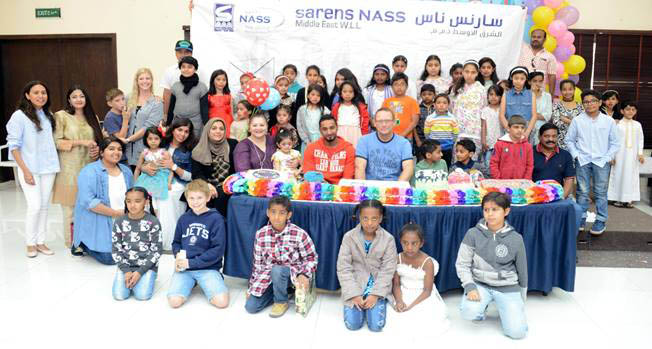 Sarens Nass team bid adieu to 2016 by bringing smiles to the kids of the Al Sanabil Orphanage Care Society. As part of the community activity, they collaborated with the orphanage to celebrate the birthdays of 34 orphaned children.

Al Sanabel Orphans Care Society is the prestigious society that fully funds orphans since it was formed in 1999 and supports the orphans from educational, social, and medical perspectives. Today, around 900 orphaned kids are taken care by them.

Sarens Nass management and employees along with their families actively participated in the initiative. There were a total of 85 children and adults who were part of the event. Desserts and cake was served to celebrate the birthdays. The children also received birthday presents during the event.

Different games and activities were planned to engage people of all age groups. The activities also gave an opportunity to the Sarens Nass team to interact with the children. They were able to closely understand their lives and bring a smile to them.

Director of Sarens Nass Middle East, Alhanoof Nass, said: "Giving, sharing, and adding value to the world in any way we can forms part of our objectives as a Group.