Sarens Home
»
About
»
News
»
Brand New Electric SGC-90 Performs its Maiden Lift in the UK
Sarens assists in the turnaround project of the Valero’s refinery in Pembroke, UK.
15
March 2022 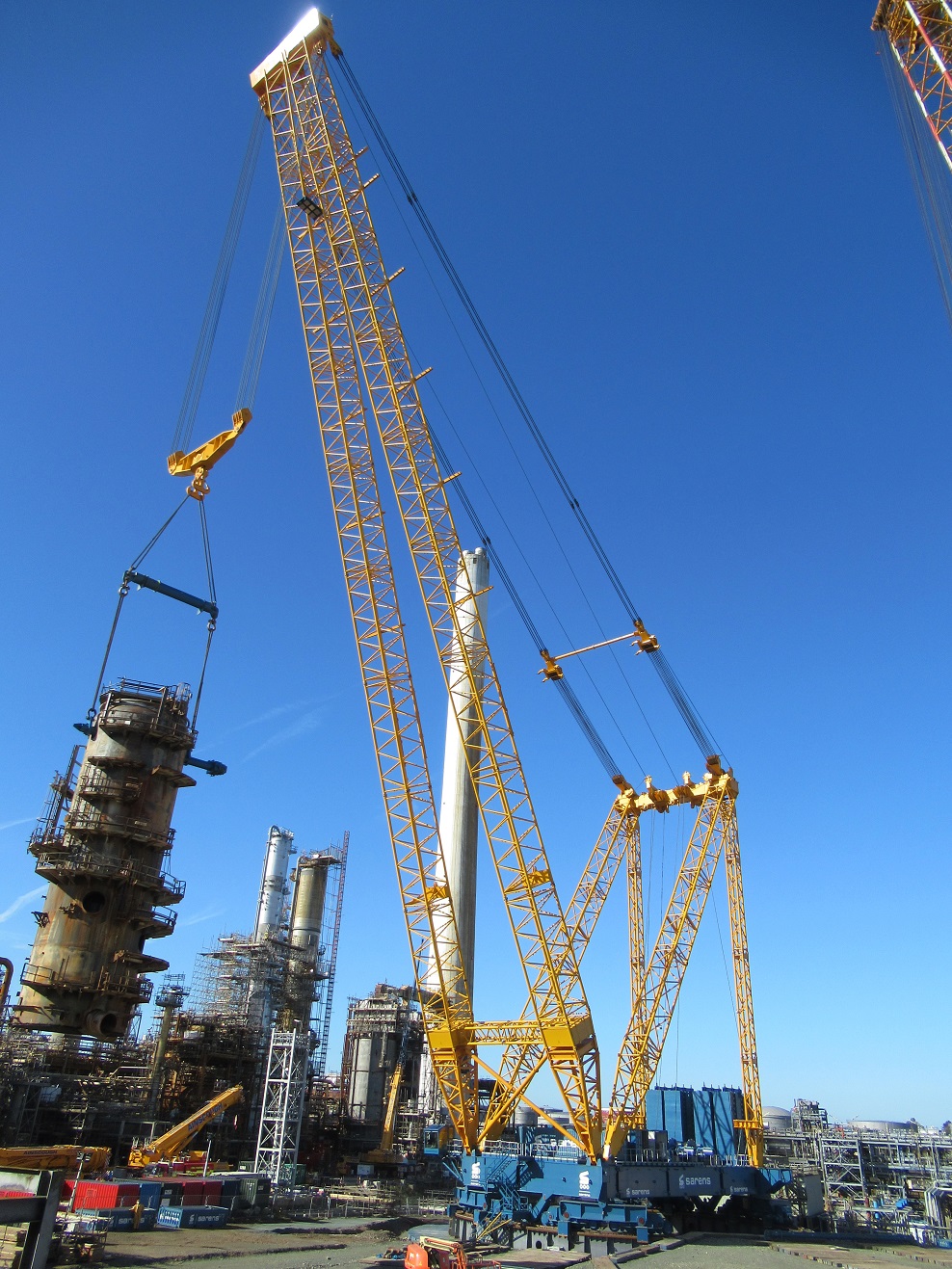 Considering that the load-out and load-in had to be performed under live plant conditions and heavy wind, Sarens deployed its new electric giant crane – the SGC-90, an environmentally-friendly electric ring crane ideal for projects in the nuclear, logistics, construction, and offshore wind sectors.

The newest crane in the fleet was developed in response to market demand for heavy lift cranes with capacities greater than 80.000 TM. Its ring diameter is 35 metres, maximum counterweight is 2.700 tonnes, and maximum load moment is 99.000 tonnes. It can be configured in a variety of ways, with main boom lengths of 100, 120, and 130 metres and a small jib of 200 tonnes. The Sarens heavy duty and light jib can also be used to reach further or attain a higher hook height.

The two columns replaced were:

The other equipment used for the project included:

While delivering the new components via Milford Haven to the project quay, the crew had to deal with some of the largest tidal ranges in the world along with the added challenging on-site route comprising of a steep winding road from the refinery heavy lift Ro-Ro quay to the refinery site.

According to Sarens Project Planner, Andrew Davies, “By deploying state of the art equipment, innovative engineering, and superlative project management, Sarens was able to provide a seamless “one-stop-shop” solution for the delivery of the vessels to site even during the Covid-19 pandemic restrictions.”