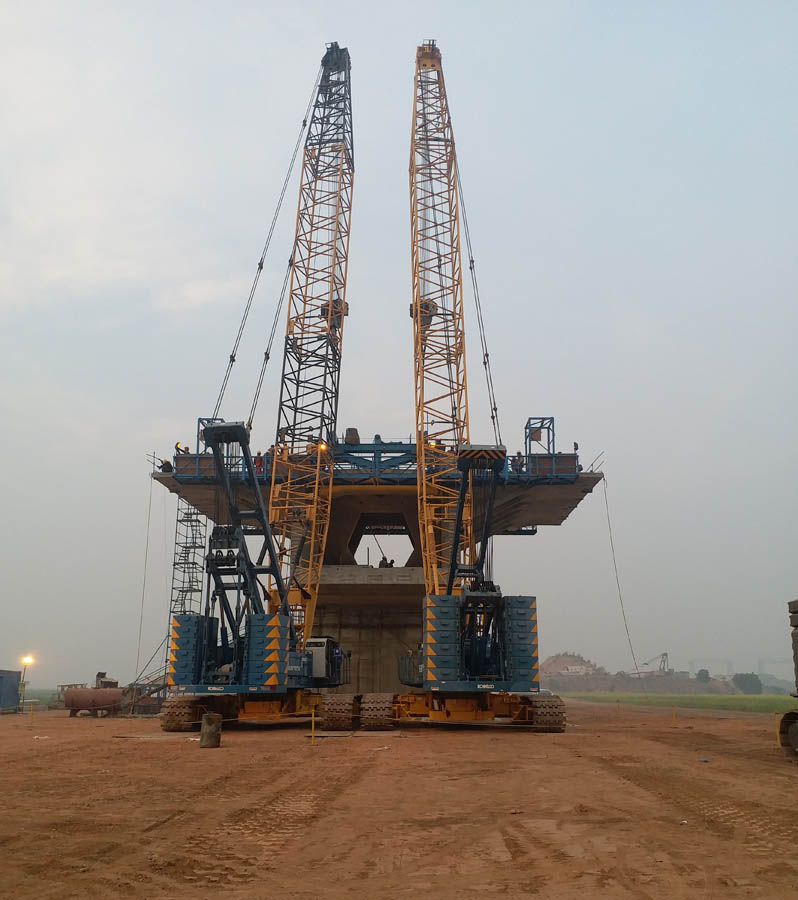 The Bakhtiyarpur-Tajpur bridge connects Bakhtiyarpur in Patna and Tajpur in Samastipur in Bihar, India. Estimated to be completed by December 2020, the bridge will provide an easy roadway link between the northern and southern parts of Bihar. The 24m-wide deck of the bridge includes four traffic lanes and two pedestrian walkways. It crosses the 2250 m-wide active river channel, while the approach road is 45.3 km on both ends of the bridge.

Working in a crowded area with narrow public roads across the canal, our skilled crew of twelve members worked to erect the PC girders by tandem lift of the first of a kind bridge in india. The crew deployed:

The crane was transported from Gujrat by road in twenty days and was assembled in three days.  The crew transported, lifted, and installed girders 1.3m high, 24m long, and weighing 36T each. The entire project was completed safely and without a single hour break down. The client was very happy with the team's performance.