Sarens Home
»
About
»
News
»
Sarens Installs Cold Boxes at ArcelorMittal Steel Plant in Kazakhstan
Snow and sub-zero temperatures are no match for Sarens crew and equipment!
12
May 2019 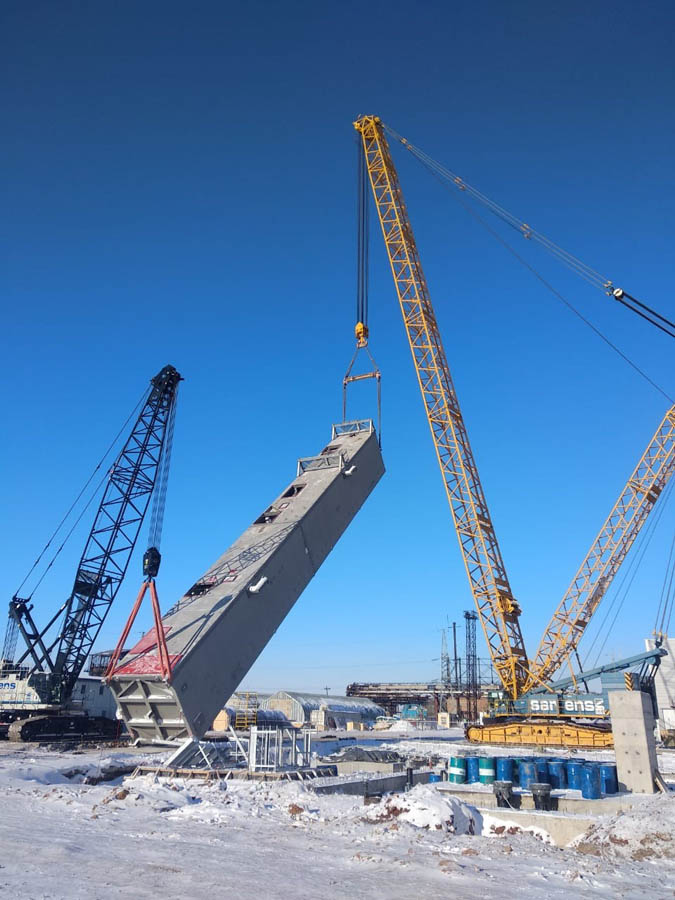 Despite snow, wind, and sub-zero temperatures, Sarens has completed a successful installation project at the ArcelorMittal steel plant in Temirtau, Kazakhstan.

From November 2018 through January 2019, Sarens deployed its Demag CC 2600 crawler crane and Sumitomo SCX 1500A crane to move cold boxes at the plant's air separation unit. The largest of the cold boxes measured 42 metres long, with an 18-metre radius and weight of 161 tonnes.

The two cranes used in the operation were transported 3,000 kilometres by rail, travelling from Atyrau to Temirtau in just over a month. Once on site, the crew took a week to set up the SCX 1500A, and 16 days to set up the CC 2600, working in difficult winter conditions all the while.

"January is the peak of winter in Kazakhstan, which makes work more difficult," says project manager Azamat Izteleuov. "The temperature was touching -45 degrees, with a lot of snow and wind."

Once they were successfully in place, the cranes slewed to make the equipment vertical and install the cold boxes. Despite sub-zero temperatures and limited work space, both the cranes and the 11-person crew performed smoothly and safely.

Sarens would like to thank everyone involved in this successful operation!