Sarens Home
»
About
»
News
»
At Alpherium Terminal, One Crane Comes Down as Another Goes Up
Sarens demobilizes old crane and erects new one in Alphen aan den Rijn
2
September 2017 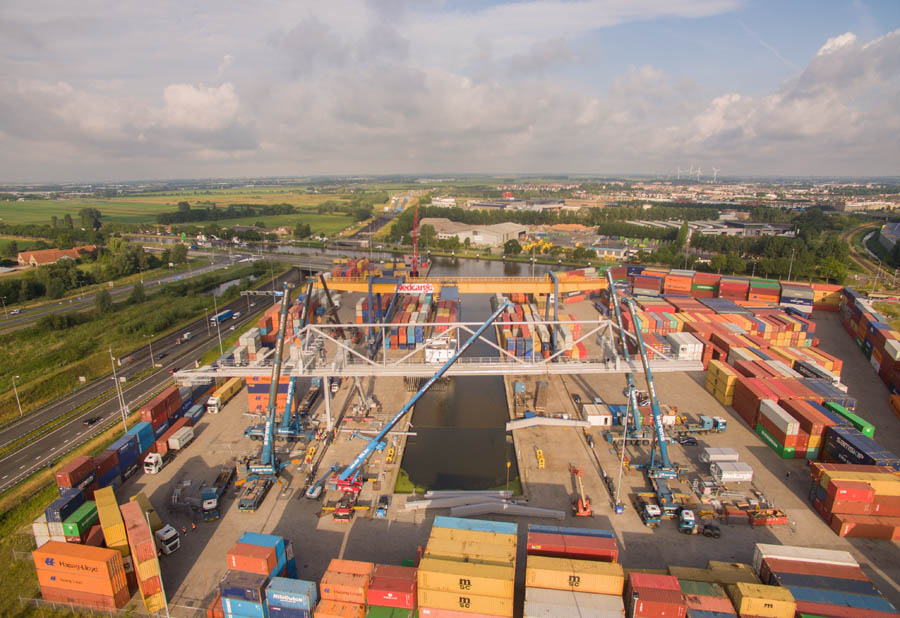 Sarens recently demobilized an old crane for Teichmann and erected a new crane for Künz at the Alpherium container terminal in Alphen aan den Rijn, the Netherlands.

To determine crane capacities for the demobilization, Sarens consulted the lifting plans from the 2010 installation. The team then deployed the following equipment for the operation:

Sarens then planned the new crane's erection by consulting client drawings and referencing similar operations. The following equipment was used for the operation:

The biggest challenge was lifting the new container crane, which involved four cranes being rigged to one item. However, a team of 12 crewmembers executed both lifts smoothly, and by noon the first cranes were ready for derigging.

For this project, Sarens optimized crane positioning to use up minimal ground area at the terminal. This allowed it to continue its daily operations uninterrupted.

"Sarens exceeded the clients' and terminal's expectations with a smooth execution in a limited work area," says project manager Mart van Hoorn. "By staying in close contact with the terminal about the required space, and with the client about the best schedule, all parties were aligned for a safe and fast execution."