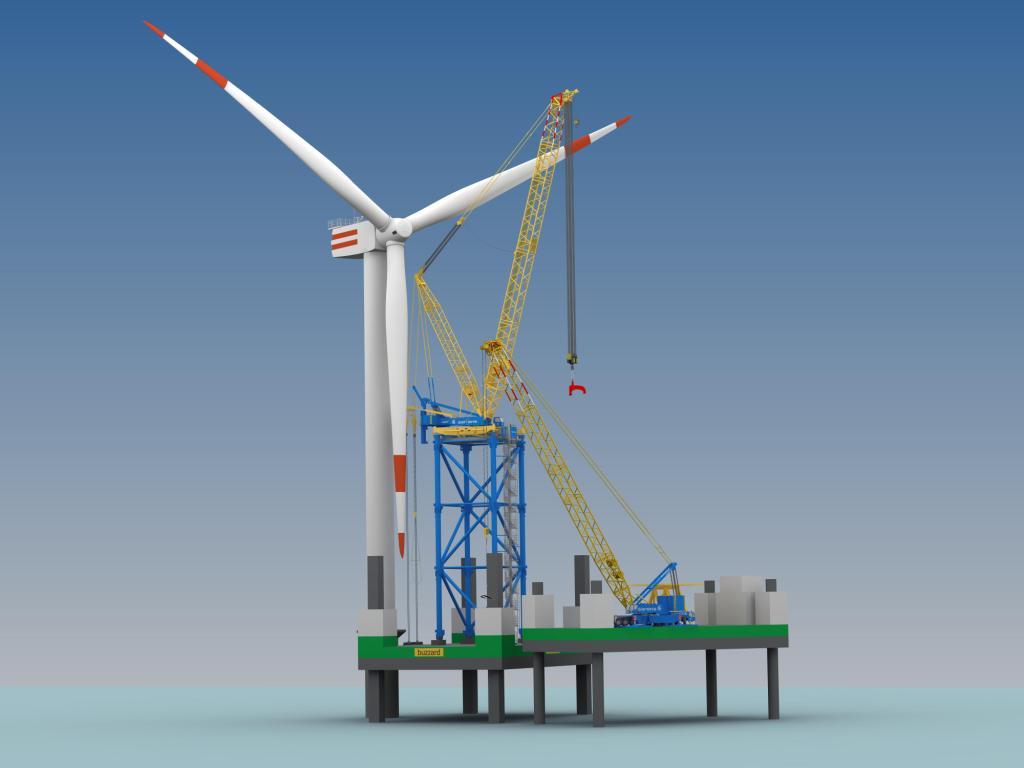 Sarens Engineering Department at the Headquarter is exclusively working on 3D modelling of equipments and projects. The initiative was launched in June 2016 with installation of a 3D printer.

A team of four software development engineers of the department took up the challenging task, comprising of Lens Meyvaert, Software Development Group Leader, Evert Bevernage, Software Development Engineer, Marc Jacobs, System Support Coordinator, and Erwin Lemaire, CAD Developer. Evert and Erwin volunteered for the initial learning and  setting-up the printer. Evert is the expert in calibration, Erwin designs the 3D drawings and Marc Jacobs does the painting and gluing of the models. The team faced a few issues with the machine during the first few test runs, but installation of some new parts gave them a breakthrough.

The team started with building the 3D model of CS-250 (Climbing System). The top beam of the model took eight hours of printing. The second project completed was the 3D model of Kamag SPMT six-axle liners with the Sarens tilting frame and a vessel. Gradually the team learnt more about adjusting the printing speed, finishing and other variables resulting in much faster prints. Recently they reproduced the 3D model of Sarens prestigious project of placing the footings of the New Champlain Bridge in Canada.

The designing and printing for the model began in November 2016 with printing the first barge containers (139 barges of 2 pieces each) and continued everyday about 8-10 hours until the end of February 2017. There were overall 866 parts printed and glued together to form the spectacular model of the Champlain Bridge Project.

"None of us had any prior experience with 3D printing. Erwin is a 3D inventor and Auto CAD designer and I am a database administrator. We were driven towards this initiative due to our interest and experience in modeling, says Marc Jacobs. He further adds, "It feels great after successfully modeling one of Sarens noteworthy projects, The Champlain Bridge".

All these models are used by the Sarens Engineering Department for internal education purposes as well as explanatory material for our clients.