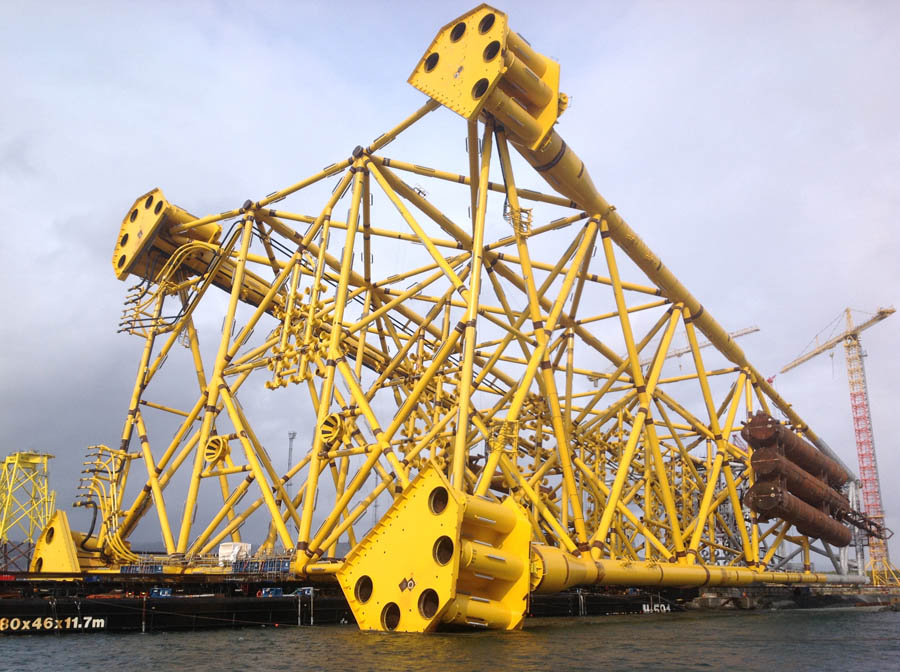 In 2014, Sarens used SPMTs and barges to move a 23.000t jacket for an offshore oil platform. Today, you can see exactly how we did it in this video.

The Sarens team completed the operation in record time and in almost every type of weather, including wind, rain, sun, and snow.

The operation, which was carried out for client Kvaerner Verdal, lasted 34 hours. "For Sarens Norway, this is a record for load out," says project manager Trond Nysæter.

To do it, the Sarens team worked in two shifts and at peak manpower of 20 people. Working together, they performed the skidding, jacket load out, ballasting, and engineering.

The project involved special considerations, including a 3,2m tidewater difference during load out. The team also had to work with a ballasting tolerance difference of 20mm between the barge and land skidways.

The equipment was mobilised by truck, and the team spent two weeks rigging it up. During the operation, the team also had to adapt to challenges like slow skidding due to the heating of hydraulic power packs.