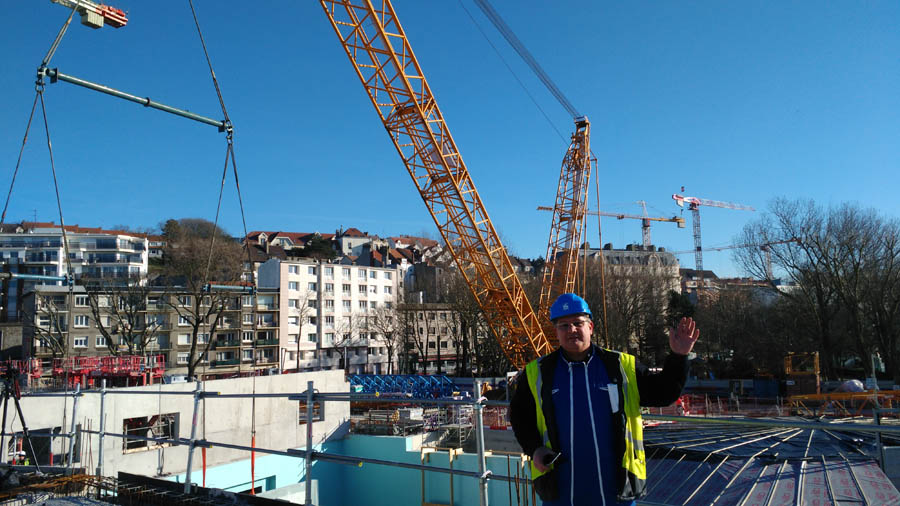 Arnaud Matthias joined the Sarens community as an employee, 20 years ago in 2002, working with a mobile crane. With a penchant for sales, Arnaud progressively acquired increased technical skills and responsibilities resulting in several career advancements, to the point where he ultimately assumed key sales role for Sarens division in France and is also responsible for the oversight of the Sarens yard in Maubray.

Owing to the exceptional side of the heavy lifting and engineered transport business and Sarens' history in cranes business, Arnaud was motivated to join Sarens. Talking about how he has seen Sarens evolve in these 20 years, he says, "I have seen Sarens grow from 200 employees to around 4500 people with operations in more than 60 countries worldwide".

Arnaud has swapped many times from the Belgium division to the France division and lives on the border between Belgium and France. He is responsible for the Maubray depot, located on the Franco-Belgian border where we have customers from both countries. The depot is sometimes under the orders of Sarens in Belgium or France, but the color blue remains.

Dedicated to his job, loyal to his colleagues, diligent in his work, interested in acquiring new knowledge, and committed to learning new skills, Arnaud has established himself as one of the key persons of the team in both France and Belgium.

With a mix of both high and low moments, the journey for Arnaud has been a rewarding one. One of his most proud moments at Sarens was his visit to Ghent in 2011 to see the SGC120, one of the mightiest cranes of Sarens fleet. As he recalls, "It appeared as if Sarens was on the roof of the world". Talking about his saddest moment - was the sudden demise of Jan Sarens, one of the Sarens board members.

On being asked, who has been his strength throughout, he says, "Adaptation to the various changes - working method, direction, communication, regulation, attitude of the customers, but especially our men on sites every day, they are the best image with our customers.

Over the years, Arnaud is rightly referred to as the KAM Guru by his peers, he has made outstanding contributions to the sales function, while (almost) always remaining calm, efficient and in good humor.