Sarens Home
»
About
»
News
»
Sarens Assembles Oil Platform for Lukoil in the Caspian Sea
Sarens installs 200T modules at a maximum height of 100m in Russia for one of its largest oil production site in Astrakhan.
10
August 2021 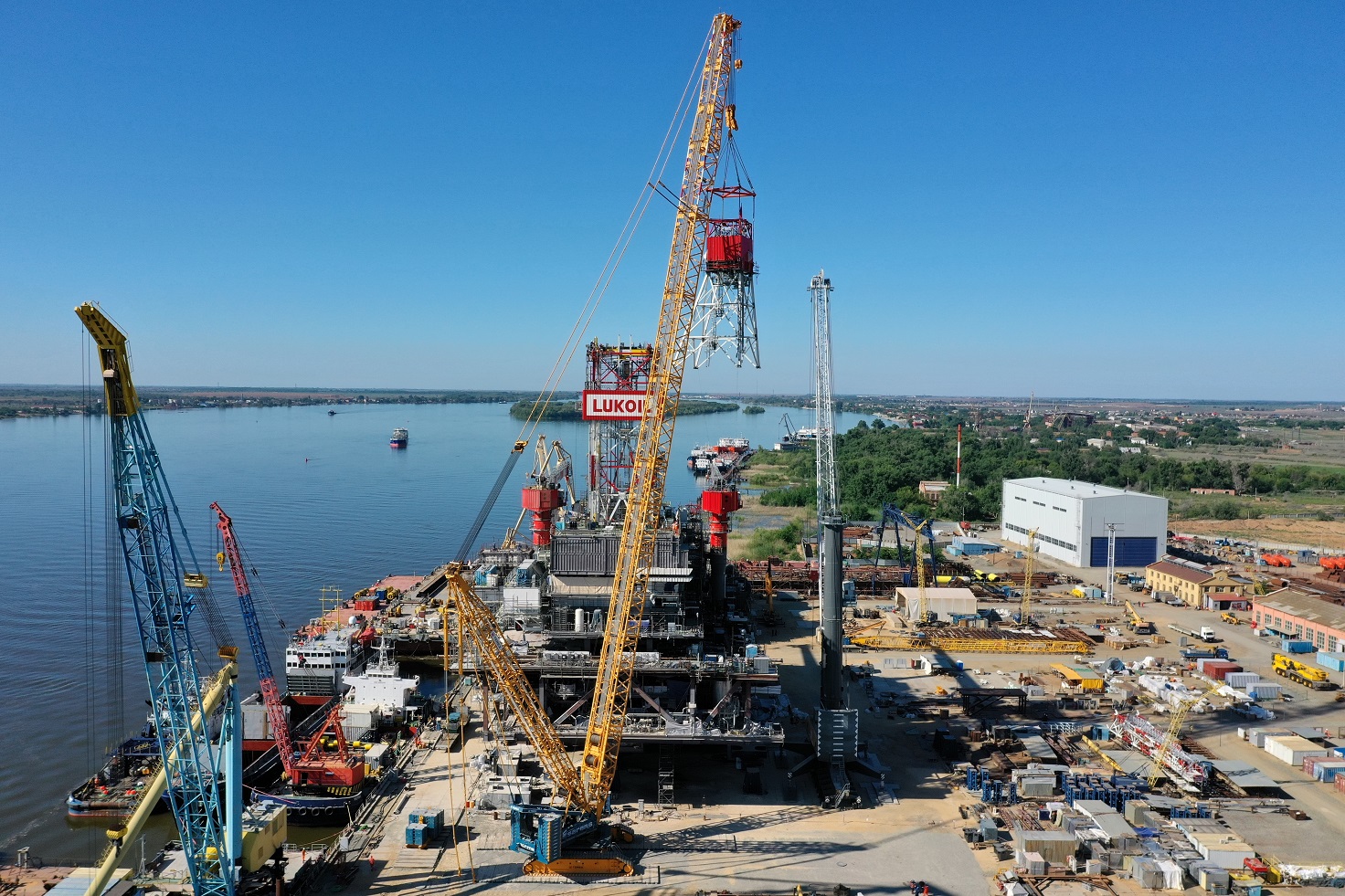 Sarens was commissioned to install heavy modules for Lukoil’s oil platform in Astrakhan, Russia. As part of the project the team had to install modules of a drilling rig and other equipment on the top-side oil platform of Lukoil.

The CC 6800-1 in configuration SSL/LSL 114m was deployed with a 240T superlift owing to the heavy weight modules being lifted to a height of around 100m.

CC6800-1 was delivered from Tobolsk and some parts were mobilised from Atyrau, Kazakhstan. Mobilisation took 20 days and the assembly was completed in 10 days. According to the Project Manager, Alexey Budanov, “The construction site was very congested as several contractors were working simultaneously on the site. Our choice of the crane with the superlift ensured smooth lift and installation in the given space with maximum reach.”

The team lifted the middle module of the drilling rig weighing 175T and the upper module weighing 75T along with other smaller sections and safely installed at a maximum height of total 100m.